I like it when polishes have funny, cute or inventive names. Pink Squirrel is a cute name in my opinion, and the polish is gorgeous.

I used two easy and fast drying coats for my mani.

Here is what it looks like in daylight, no sun. Two coats, no topcoat yet. 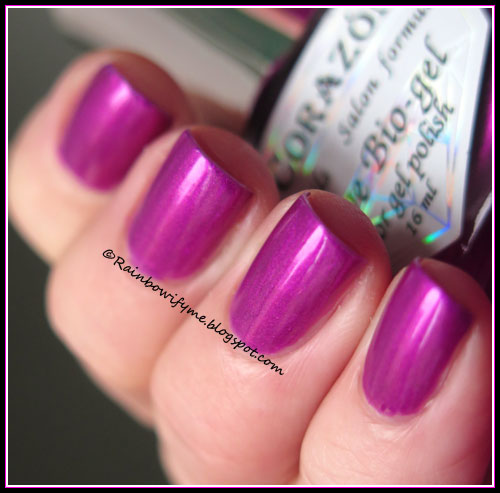 I attached some cute butterfly stickers and applied a layer of topcoat over them.

This is my final mani including topcoat. 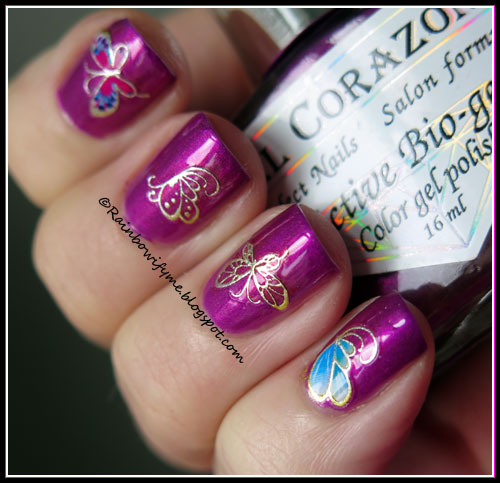 I really like colours like this one and the quality of El Corazón’s polishes is really good. I can easily recommend them.
Number of coats: 2
Drying time: Really good
Finish: Shimmer
Overall impression: Beautiful colour, great quality
Buy again: Yes
Posted by Rainbowify Me at 6:00 AM 15 comments:

The formula is great and the polish is really easy to work with. I used two fast drying coats for my mani.

Here’s two coats and no topcoat in ordinary daylight: 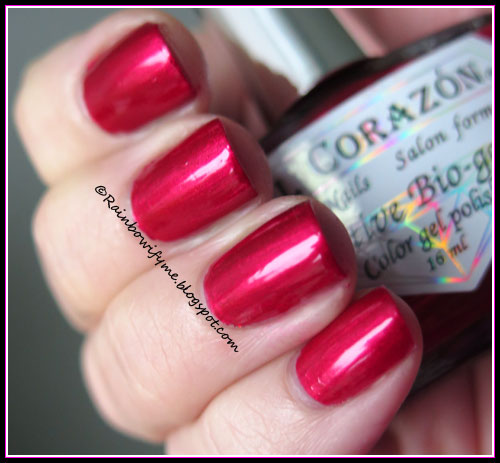 I just received a new stamping plate in the mail and I wanted to try it right away. It’s from Aliexpress and it’s called XY-J02 and I stamped with Color Club’s “Harp on It”.

This is the final mani including a layer of topcoat. The picture is taken in ordinary daylight, no sun. 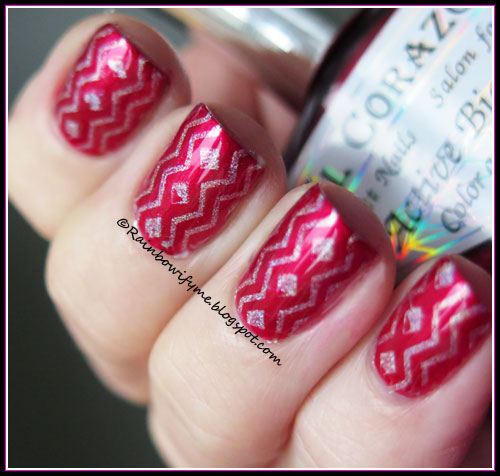 This picture is taken with flash to show off the holo in Harp on It. It’s a great polish! 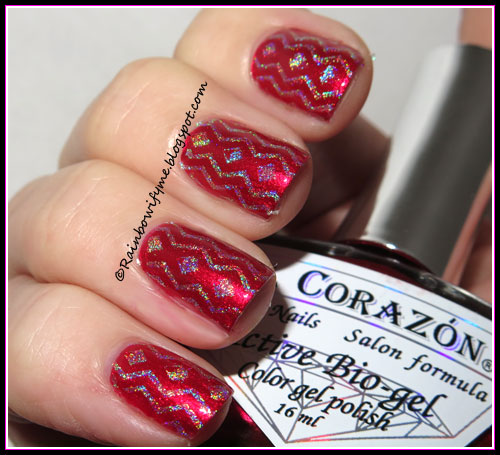 I have earlier had Mildred from Anonymous Lacquer make me some custom polishes. I enjoy the pretty result a lot so I decided to ask her if she wanted to make some more. Fortunately she said yes.

I decided to let some songs inspire me this time. The first one is named after that song Shakira made for the 2010 FIFA World Cup: Waka Waka.

This is what two layers of Waka Waka and a layer of topcoat looks like when photographed with flash: 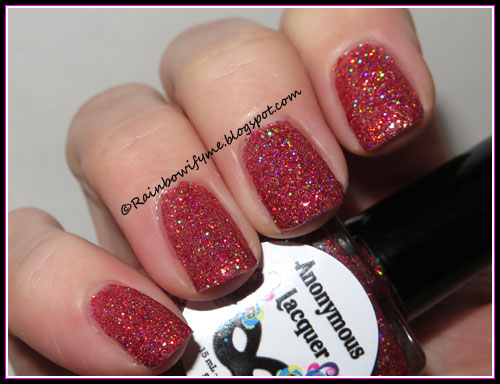 Here’s the video that was made for the song:

The music video for "Waka Waka (This Time for Africa)" was directed by Marcus Raboy and shows Shakira and a group of dancers and children dancing to the song together. It features cameos by various footballers like Cristiano Ronaldo and Lionel Messi. It is very popular on YouTube, receiving 1.19 billion views as of October 2016 and becoming the twenty-second most-watched video of all time on the site. Impressive, isn’t it!

This picture is intentionally blurry to show off the bling! 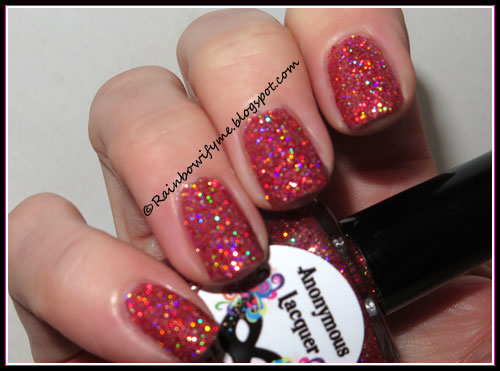 I stamped on it but am not really happy with the end result. I used my new plate from Chez Delaney called “Water Marble”. I love the motifs, but this particular motif doesn’t want to be picked up properly by a clear stamper. I know this is far from my most beautiful stamping but I wore it like this and I actually really liked it. 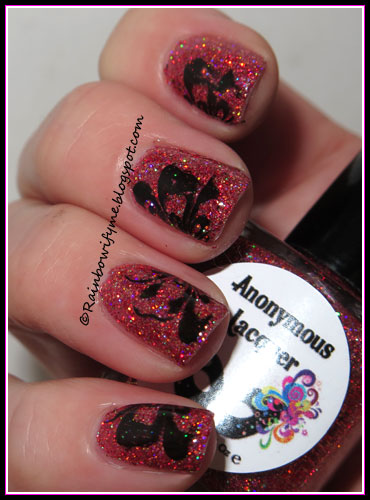 This picture is taken in the shade. 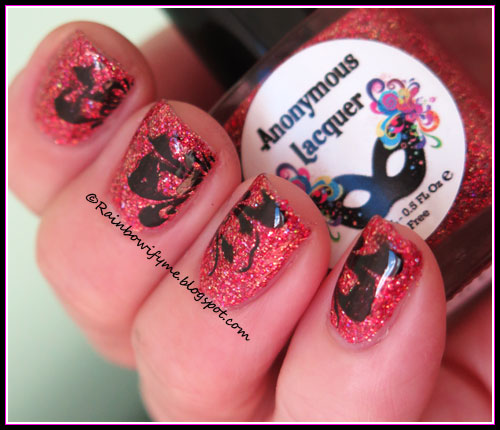 Waka Waka is the only one of its kind. I love it!
Number of coats: 2
Drying time: Good
Finish: Jelly with micro glitter
Overall impression: Ooh la la, what a beauty!
Buy again: Yes
Posted by Rainbowify Me at 6:00 AM 12 comments: