It’s time for another couple of Golden Rose polishes I received in a swap with sweet Aylin from Posh Nail Art.

I started out with painting three nails magenta and two nails black. Both the Golden Rose polishes are shimmery and packed with flecks. I love this finish in a polish!!

Here’s what two coats and no top coat looks like: 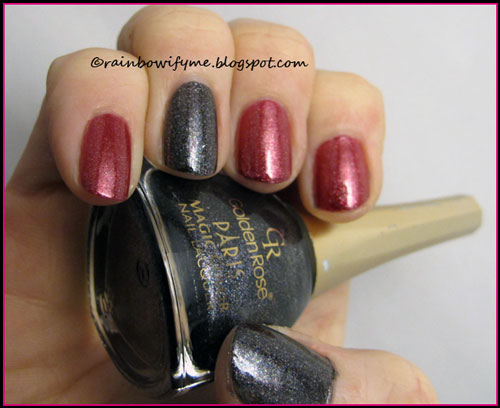 If you take a look at this next pic, you can see clearly how pretty the flecks are. They’re actually different colours in the black polish! 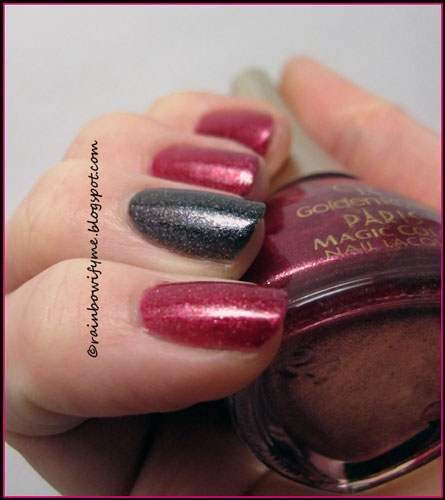 Then I applied a coat of Barry M Ruby Glitter over the black. I had in mind to wear it on its own, but the base doesn’t look blackened, so I reckon it would take about ten layers to make it opaque! :D

I made stripes on the middle finger with a black striper, and then I tape the remaining two magenta nails and painted half of them with the black Golden Rose.

I topped it all off with a layer of Seche Vite, and here’s the final result: 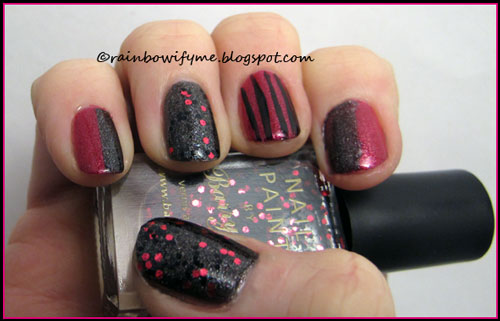 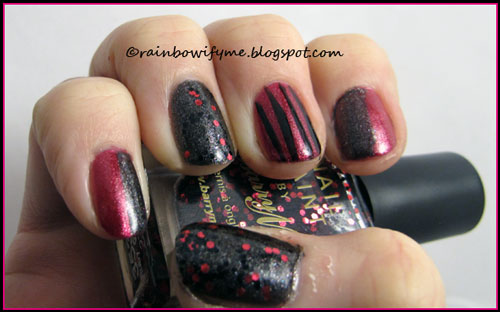 Bottle shot (minus the striper): 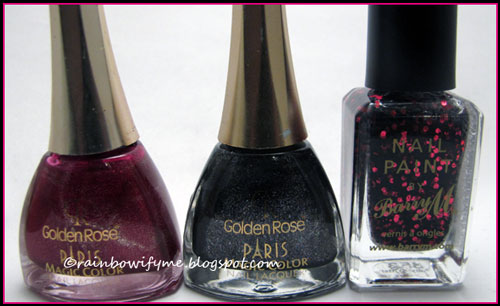 How do you like this mani? I like reddish colours with black, but I’m not crazy about  black on its own. This way I combine the things that I really like, making it as cool looking as I can :)