Fly is from OPI’s Nicki Minaj collection from Spring 2012. I have bought this from eBay and it was really cheap. It’s also a fake, but more about that later. 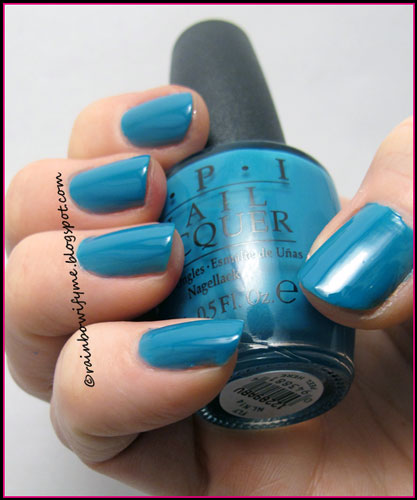 After having admired this pretty polish for a little while, I decided to make some dots on it. I used Sally Hansen Insta-Dri “Blazing Blue”. I made a swirl of dots on each nail, except for the thumbs, where I made two :) 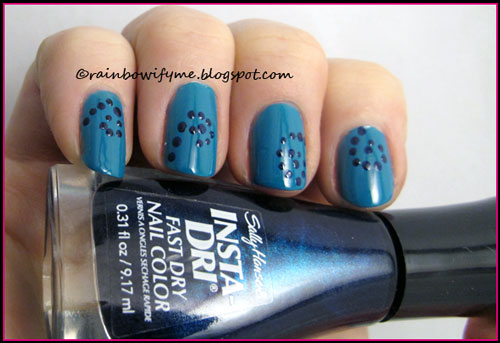 And from a different angle: 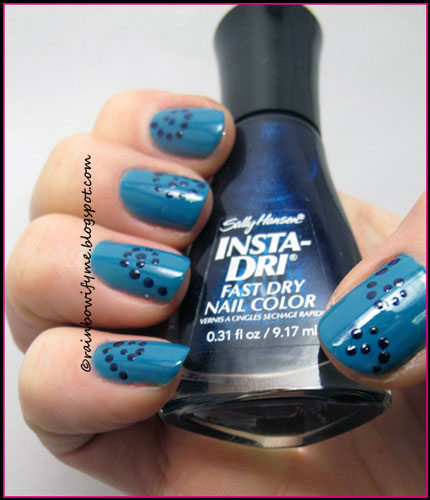 Then I added some iridescent glitter. I used “Crystal Shimmer” from Accessorize. It’s not as dense as some other iridescent glitters I own, but this flashes mostly purple, blue and teal, and I really like that. I added one coat, and sealed it all up with a layer of Catrice speed dry top coat: 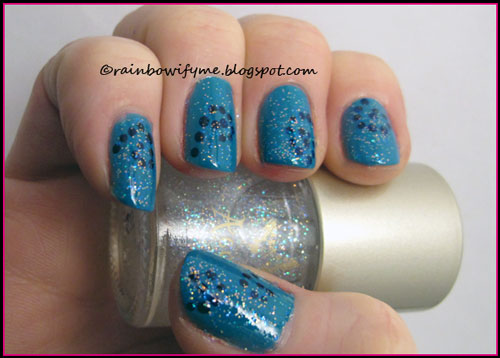 And here you have a pic of the polishes, I used: 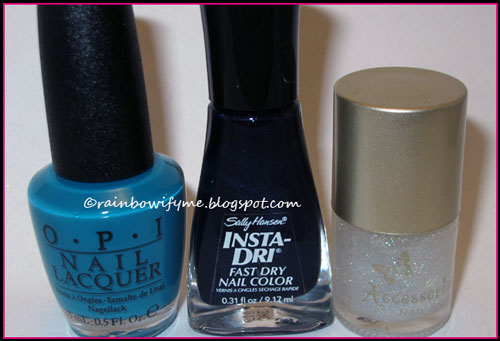 So, back to the fake OPI. As some of you know, I’m definitely not a true OPI fan, nor a connoisseur. But when I took this out of its wrapping, I had a feeling something was wrong with it. The lid is different than on any of my other OPI polishes – it’s quite textured, whereas the regular ones are quite smooth by comparison. I am so lucky that I actually got another OPI Fly to compare this with; a regular shop bought one. So, the letters printed on the bottles aren’t the same - the regular lettering is as though the type is bold, where the fake lettering isn’t. The smell of the polishes are different. The colour tone isn’t quite the same. I can’t catch this colour difference on pictures, it’s quite subtle - but they’re definitely not the same. And then there’s the little printed number that’s supposed to be there at the bottom of the bottle, underneath the volume\weight info; it’s missing on the fake one. 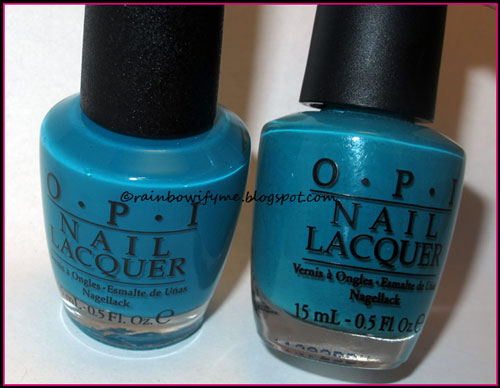 If you weren’t already quite familiar with the real stuff, you probably wouldn’t know the difference, to be honest. But: girls do not like to be cheated!!

I have contacted the seller, who refunded me the money for the polish. I have to be honest and tell you that I really don’t mind that this polish isn’t the real deal. Perhaps that’s why it dried so fast and looks so good on me? ;)