This polish has been sitting in the box of untrieds for a while. It’s a pale lavender holographic and it’s the “pale” part that has the blame for it to sit there for so long :D

The formula is on the thin side and the polish is the kind that comes on streaky and patchy if you’re not careful. I’m pretty sure that an aqua basecoat would be very beneficial here. It’s a bit sheer too but I managed to build it up in two coats. The second coat was pretty rich though so perhaps it is even better with three thin coats.

Anyway! I stamped on it. I used the stamping plate “UR Beautiful-02” and I stamped with two polishes: Colour Alike’s “B. a Rainy Mood” and El Corazón’s “Midnight Tango”.

Here’s the final result, including a layer of topcoat. 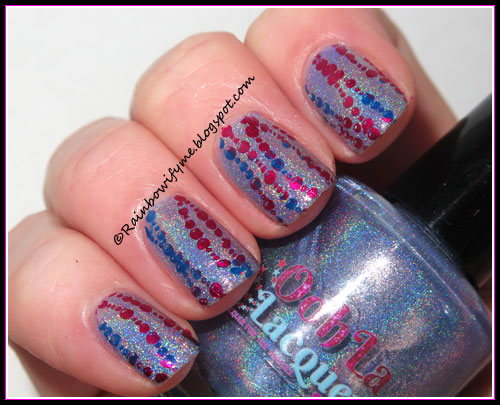 Here’s the same thing in ordinary daylight, no sun. I wouldn’t wear this pale lavender on its own, but with a stamp in these two colours it works for me. 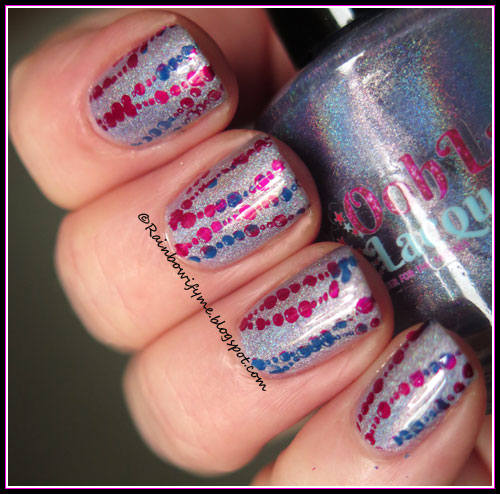 This is Hey Papi on its own; two coats and no topcoat yet. 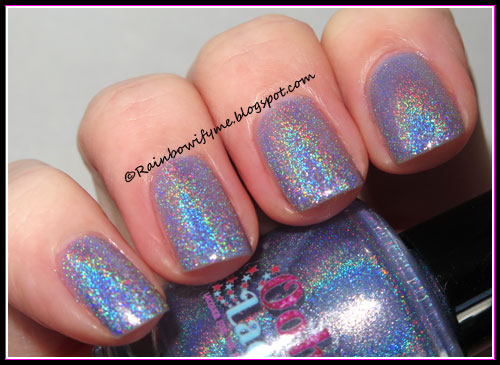 Here are the polishes and the stamping plate I used. The design is in the top right corner. 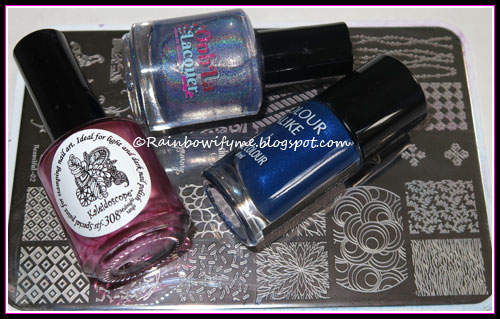 I really like stamping with more than one colour, I think it gives such a great effect.

Ooh La Lacquer’s shop is closed “at the moment”. The last Facebook update is from May 2016. I would be rather surprised if the shop reopened. It’s a shame though, because she did make polishes with really impressive rainbows in them.

Number of coats: 2 rich coats
Drying time: Good
Finish: Strong linear holo
Overall impression: I love the rainbows. The sheerness and the paleness not so much :D
Buy again: Maybe
Posted by Rainbowify Me at 6:00 AM