“White Fang” has been sitting in the infamous box of untrieds for quite a while. I bought it around that time where I bought a lot of white polishes to find one that would cover perfectly in two easy coats. I thought that White Fang was practically a one coater – I don’t know where I got that impression from. It’s a crelly, and therefore not anything like a one coater.

I used three coats for my mani and I honestly think that I would have preferred it with a fourth coat if I should have worn it on its own. I had no plans about wearing a white polish on its own though.

Instead I used it as a base for a dry brush manicure. I found a nice magenta and a nice looking blue, both from BB Couture. I haven’t seen BB Couture around since when Norway Nails started selling them, but a simple google search revealed that they’re still around.

The magenta is called “Sexual Space” and the blue is called “Junk in the Trunk”.

There’s a layer of “Out the Door’s” holo glitter topcoat “Northern Lights” over it all. I love that topper! 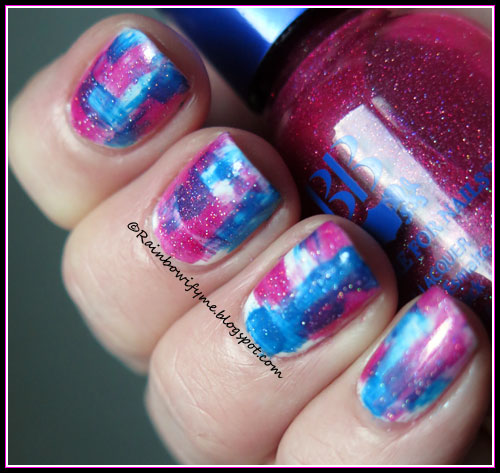 These pictures are taken in ordinary daylight, no sun. 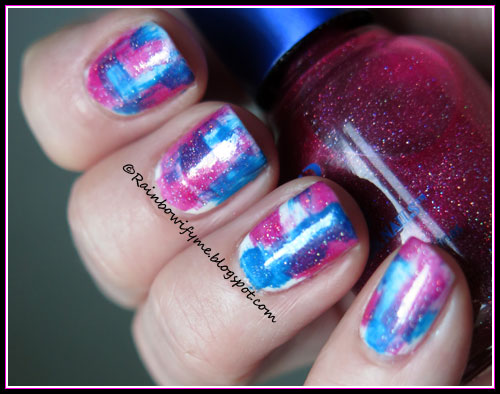 This is three coats of “White Fang” plus a layer of topcoat. It’s not a chalk white, it’s more easy on the eyes. But like I said, I would have worn a fourth coat if I was to wear this alone. The drying time is pretty good. 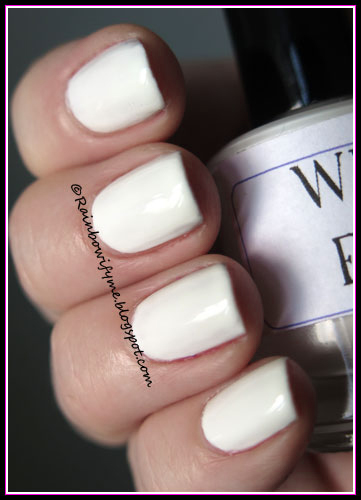 Here are the four polishes I used for my manicure. 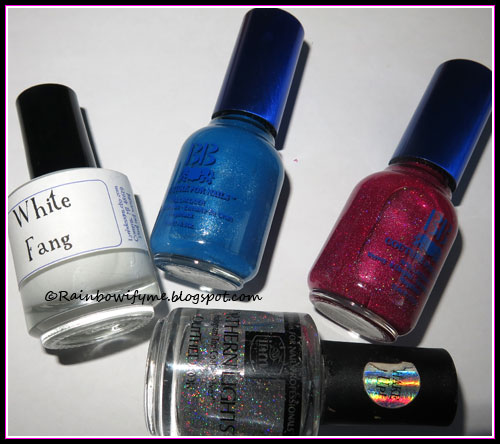 I think I may donate White Fang to a more patient and crelly loving home.

Number of coats: 3, but I recommend 4 if worn alone
Drying time: Pretty good
Finish: Crelly
Overall impression: Nice “shade” of white
Buy again: No
Posted by Rainbowify Me at 6:00 AM