This is my third Ms. Sparkle polish. The first one was Come on Eileen  and the second one was Rock the Casbah. (click on the names to see it if you missed the post)

All the three sisters are Facebook group customs from January 2017. They came as a set of three but it was possible to buy them individually.

The formula was tricky to work with. I had a really hard time to get the polish out to the cuticles. The flakies looked like little lumps on the nails and the polish looks really streaky on the nails. On the plus sides is that the polish works on its own. I used two coats and no underwear was required. The drying time was okay.

This is two coats and a layer of topcoat taken in ordinary daylight, no sun. 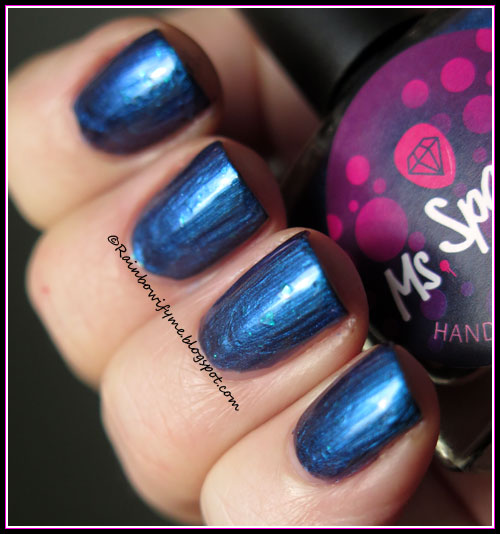 This picture is taken in my lightbox to show the shift to purple. 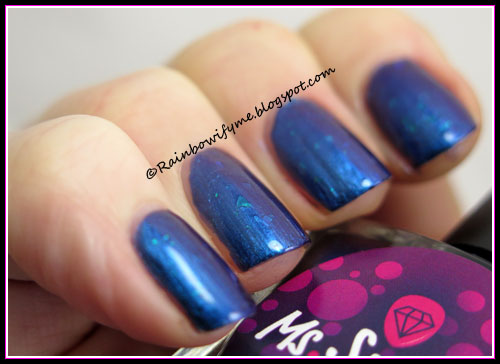 I paired it with glitter because everything is better with glitter. I applied a layer of Sally Hansen Lux & Lace “Crochet”, which is a clear base with white and blue glitter and hexes. That made my mani look like a little galaxy. This is my final mani: 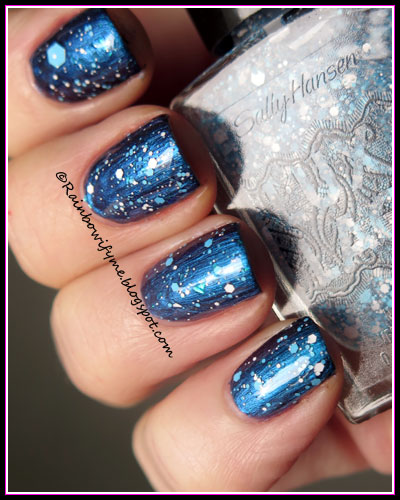 Same thing in the light box: 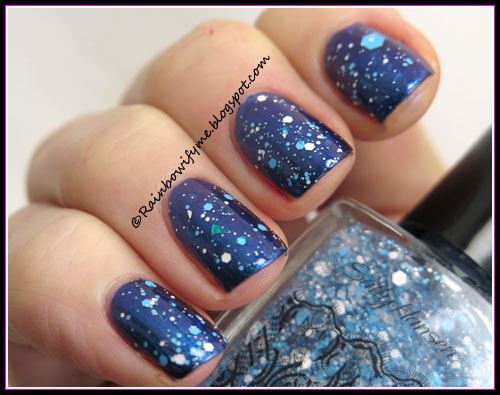 I wish the shift was just as prominent as it is in the bottle. 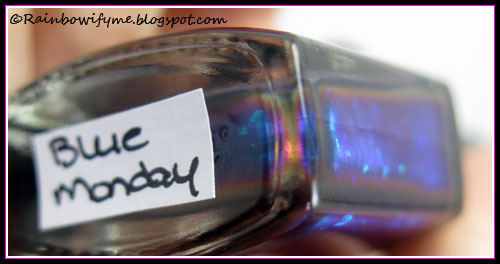 Here are the two polishes I used. 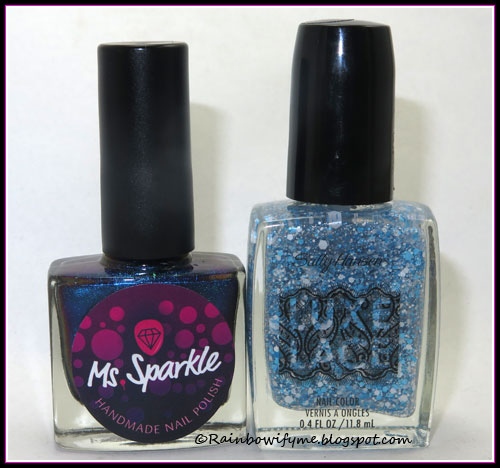 The polish was limited edition and is no longer available.

Number of coats: 2
Drying time: Okay
Finish: Duochrome with flakies
Overall impression: I like the polish but I’m not impressed with the formula
Buy again: No
Posted by Rainbowify Me at 6:00 AM