I was originally in the mood for a multichromatic manicure, but I changed my mind after I had prepared my nails by painting them black. I decided to try out some iridescent shimmer toppers my friend Carolyn bought me a long time ago!

Let me show you how it all ended out: 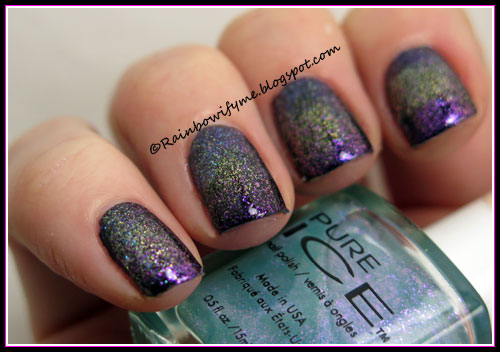 I used three of the Shimmer Wing-toppers for this manicure:

I sponged the shimmer on and sealed the whole thing up with a layer of topcoat.
Note to self: Buy better sponges. This one dissolved after a while, and left little bit of sponge on the nails. Grr!! 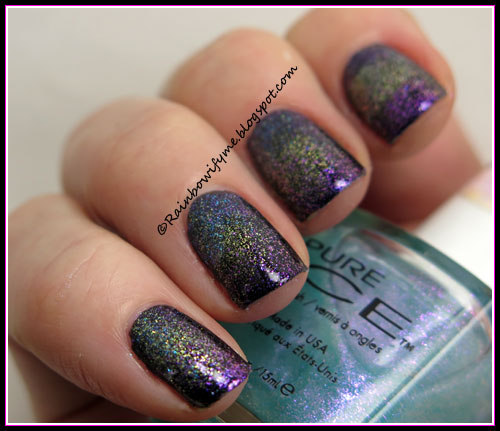 Here are the polishes I used.

I was actually sure that I received four Shimmer Wings back then, but I looked high and low and only found these three. I think they are really pretty together and I’ll definitely do this again. I did consider to stamp over it, but I didn’t know which colour to stamp with. My boyfriend stated that it would be a shame to stamp over it. ♥