Here’s a manicure I made with the one polish that I got for Christmas: 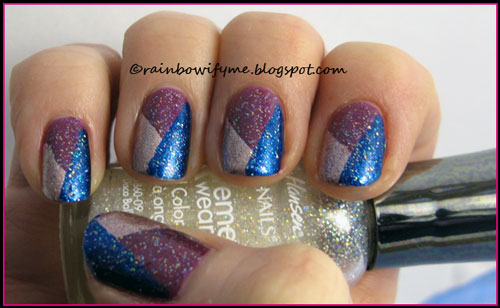 Let’s look at the redish purple first. It’s called “Hit the Lights” and it’s a Christmas gift for me, made by sweet Alice Snow. It’s a lovely purple with holographic microglitter, and a larger glitters, that aren’t holographic, but I can’t decipher what colour they were originally. They look like purple to me. 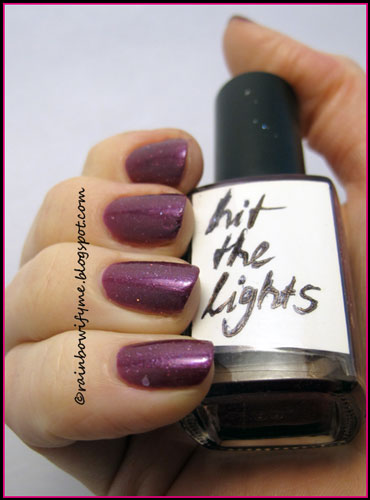 What I love about this franken is that the glitters aren’t chunky. Sometimes it feels as if frankening is about finding as much glitter as you can and stuff it into a bottle. I like that the glitter is kinda subtle in this polish! 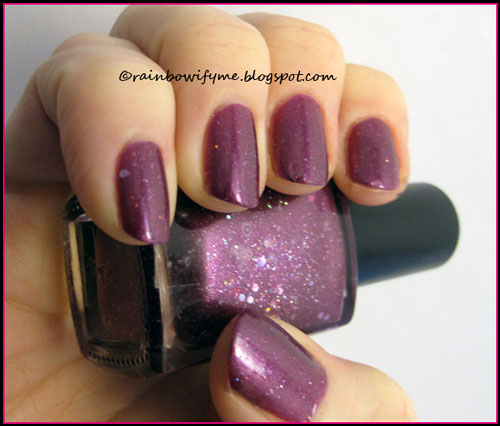 The polish is mixed in a Color Club bottle, so I looked in my Color Club stash to find appropriate polishes to pair it with.

I started with Antiquated from the Foiled collection from autumn 2011. It’s a beige/golden polish, that I would never have bought on its own. It came with the set though, so I thought I’d try it out now. I must admit that I’m positively surprised over it. I’m not going to use it on its own, but it’s perfect for effects like here. It covers well in one coat, and is good for stamping too! 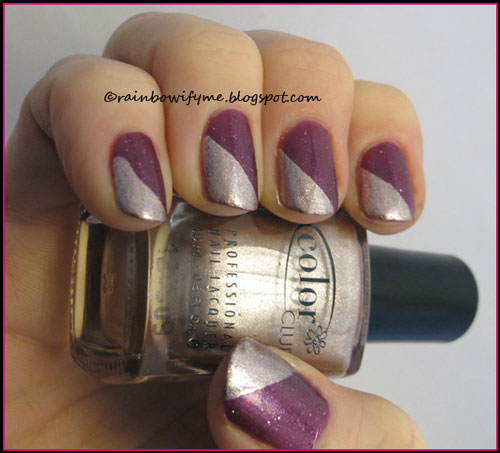 That looks pretty cool in my opinion!

Next polish up is “Cold Metal”, also from the Foiled collection. I’m totally in love with this collection because all the polishes are well pigmented and great covering. I taped my nails once more, and painted them like this: 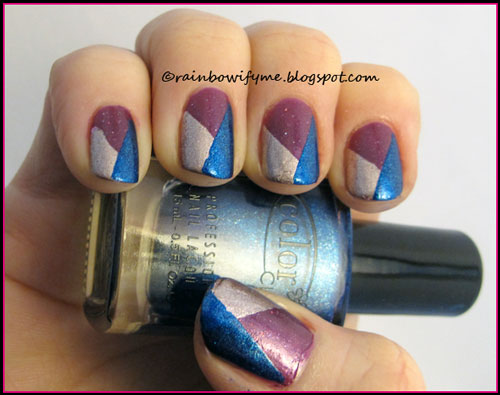 Now we’re talking, right? :D
I wanted my mani to be glittery, so I applied a layer of Sally Hansen “Disco Ball”, which is a plain iridescent glitter. It was a bit denser than I remembered it, but I actually think it makes the mani complete: 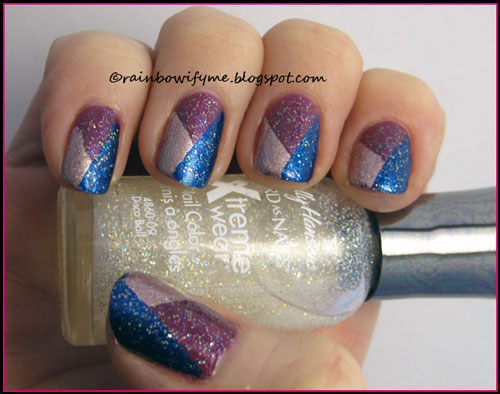 Here are the pretties in their bottles: 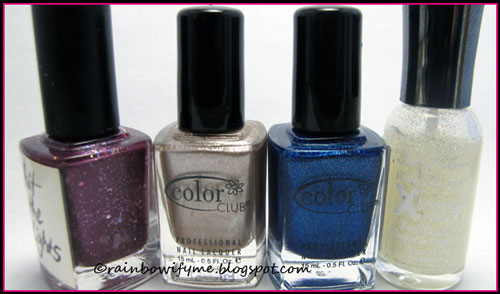 Were there polishes under your tree this year?

Posted by Rainbowify Me at 8:29 AM