It’s not very often that I buy more than one of each bottle of nail polish. I have got two bottle of Long Engagement though, because I had one on the way in the mail and then a friend offered me to buy hers too – which I did. I ended up sticking them both in the box of untrieds though, so that’s why I’m featuring this particular polish again, only a few months after I showed it on the blog for the first time. It’s a really nice polish, so I think it’s quite okay to show more pics of it.

I’m going to show you the final mani first: 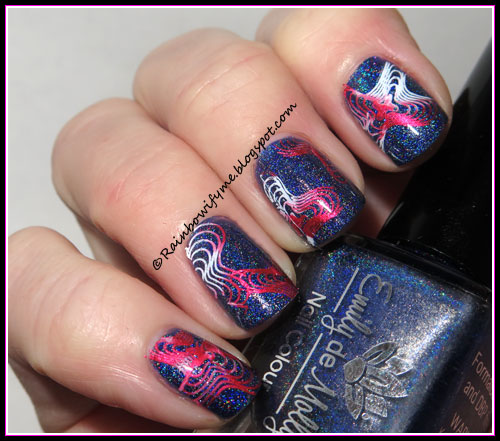 The stamp is from a stamping plate that ends with L005. It’s a plate full of water marble motifs, and I love stamping plates with motifs like that. I’ve got two: This one and a huge one from Chez Delaney.

The stamping polish I used was both from El Corazón: White and First Kiss.

This picture is taken in ordinary daylight, no sun. 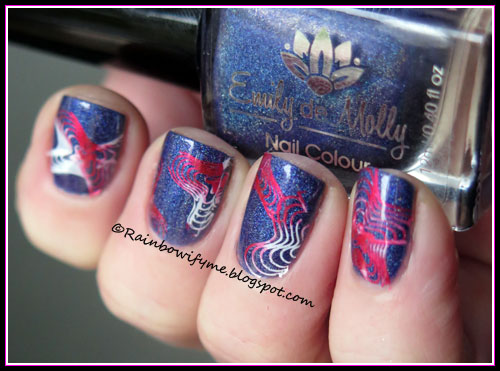 I might as well show you the polish on its own as well. The formula was great, I used two fast drying coats for my mani. Here are the involved polishes: 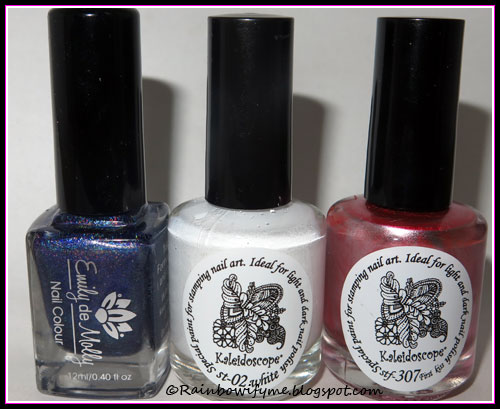