Sophia is a part of a Facebook custom of four polishes called the Golden Girls collection from January 2017.

I decided to do something fun with it. I applied two layers of Sophia on my pinkie and my pointer (and my thumb, which isn’t photographed). My middle finger and my ring finger had a white base. I used the dry brush method on my middle finger with Sophia and Revlon’s holo topper “Holographic Pearls”. The ring finger got a layer of the same holo topper before I added a skull stud.

This is the final mani including a layer of topcoat. 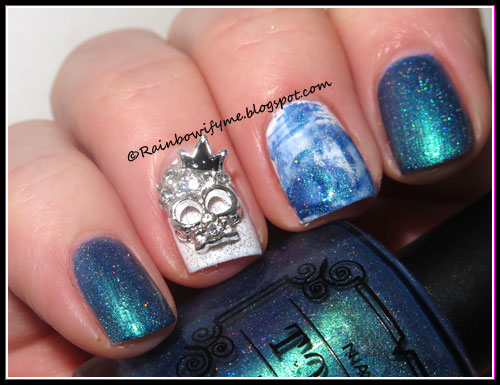 I love this polish and the cute skull with a crown. 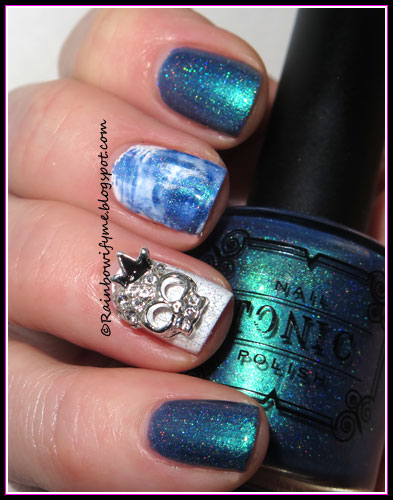 Here are the polishes I used.

I dig this! The skull is cool and Sophia is adorable. Sophia was limited edition and is no longer available.