Let me show you another Alanna Renee polish. I showed you “Snips &Snails & Puppy Dog Tails” the other day, and today it’s “Sugar & Spice & All Things Nice” which I’m going to show off. I think the names are a bit long, but seriously, I love them! Sugar & Spice & All Things Nice is a mix of pink and purple holographic hexagons and glitters, mixed with holographic particles. It sounds like my kind of polish, doesn’t it.

I chose another Golden Rose Matte Velvet as underwear for this pretty glitter, namely #107, which is purple with shimmer. A beauty, which is well pigmented and dries really fast. I’ll show you what it looks like at the end of this post.

Take a look at how pretty it is: 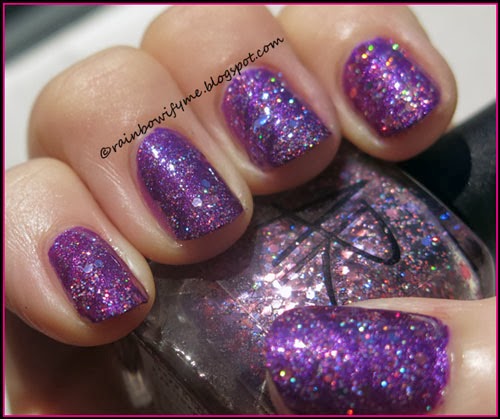 On this next picture you can almost see the stripes. Check the middle nail, that is the one it shows the most on. 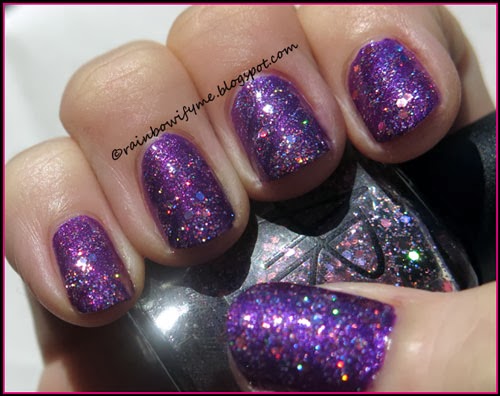 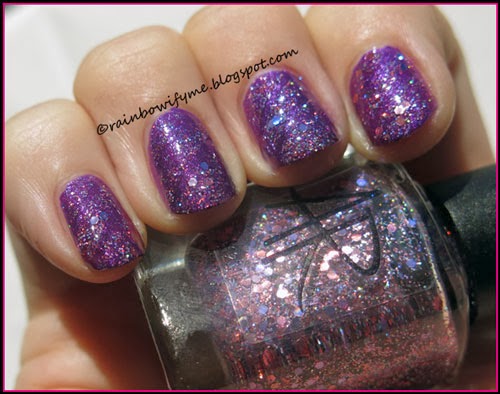 Here’s a blurry pic to let the holo glitter show off! 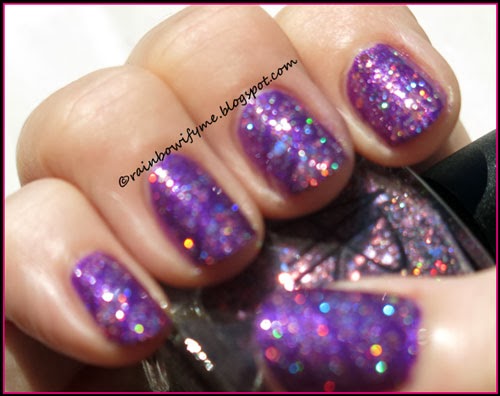 This picture is taken in daylight, but out of the sun. That shows the stripes really well, and I love that I made that detail! 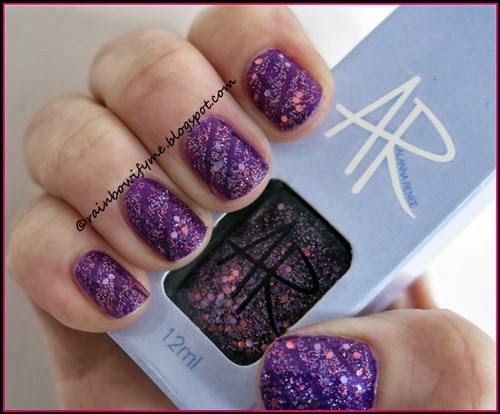 I promised you to show you the Golden Rose Matte Velvet I used as underwear. The entire collection is great as base for other stuff. They’re pretty much all one coaters and dry really fast. If I had worn this #107 alone, I would have applied two coats, but this dear ladies, is just one coat: 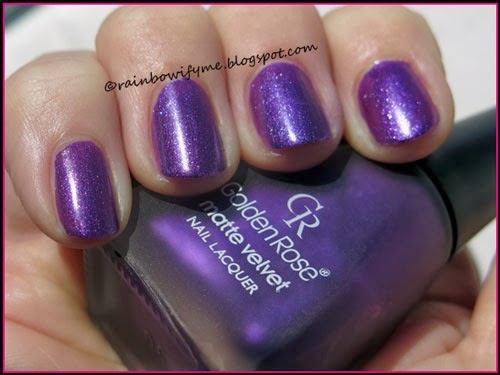 I’m happy with this. Would you also have been happy, if you were me?

I bought Sugar & Spice & All Things Nice on norwaynails.com.

Norway Nails have kindly offered my readers a 10% discount code. Just use the code RAINBOWIFYME10 at checkout and you'll be getting 10% off your purchase.
Posted by Rainbowify Me at 12:00 PM