It’s been ages since I wore a NYX polish, so I figured that it was time. I chose “Dark Glitter”, which I remember buying a long time ago. I don’t know why it’s been sitting in my box of untrieds for so long.

Anyway – you can make this baby work on its own, but it does require at least three coats. I decided to layer it over black to make the red glitters pop more. This way you won’t get the same depth as you do when you use it on its own, but that’s ok for today. I started out with one layer of Essence “Black is Back”, my to go black crème polish. I haven’t taken a picture of that, because everybody should know what an ordinary black crème looks like! For anyone who doesn’t – it looks black, OK? :D

Then I applied two layers of “Dark Glitter”. It’s easy to apply and the glitters spread out effortlessly. No problems in the drying time department either. NYX is rather underrated as a brand, I think, because they do make really great polishes!

Anyway – a layer of Poshé topcoat finished the mani off – here’s the final result: 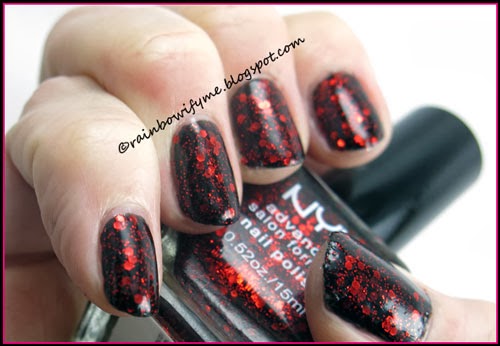 Black and red are two colours that go really well together in my opinion. 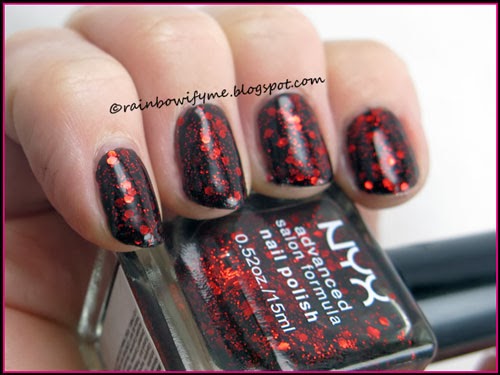 Two layers give some depth for sure. A third one would have made the glitters look like they were floating even more. 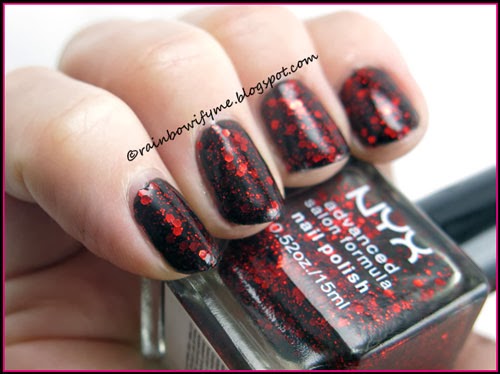 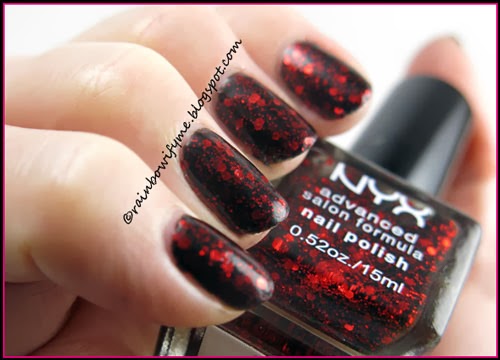 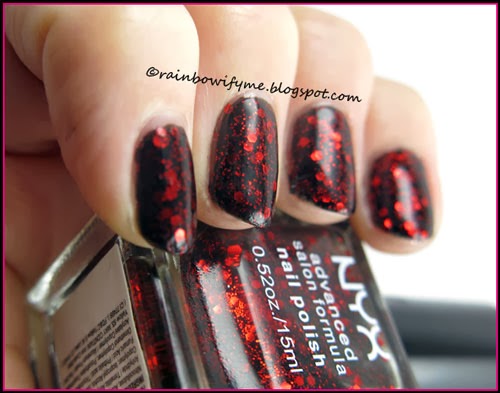 I like this a lot! I actually think I’ll try and layer it over a dark burgundy next time, so the background isn’t “just” black.

What do you think about this? And do you like NYX as a rule, or not?