I was going to a big event at work, and wanted to play it safe and classy, nail wise. So I pulled out an oldie but goodie from “In The Navy” Collection from summer 2010; namely Orly’s Star Spangled. It’s a classic red jelly packed with red microglitter. It’s related to the polishes mostly named after ruby footwear – you know which ones I’m talking about.

Anyway; the formula is really good, and so is the drying time. I started out with two coats, but remembered that last time I actually wore it, I wasn’t satisfied with what it looked like on pictures after just two coats, so I applied a third coat. And I tell you, it’s totally worth the extra coat!

I applied a layer of Quick Dry & High Shine topcoat from Catrice, and take a look at how pretty this is: 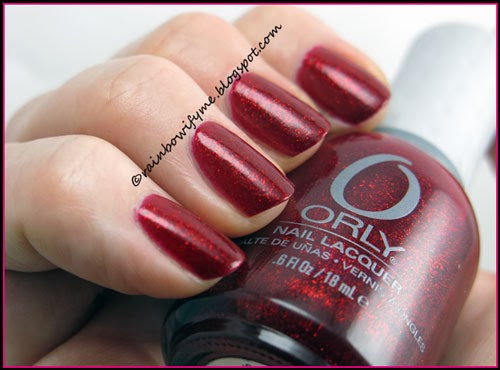 Isn’t that just perfect when you like glitter and still want it to be classy? 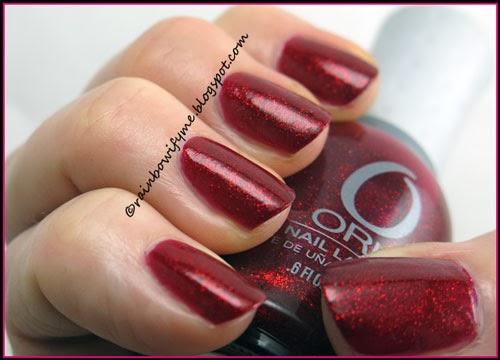 I added some glitter, because I think that everybody needs a little bit of sparkle in their life! I used a Revlon glitter called Stunning, which is a clear base with silver and holo glitter and hexes. I sponged that onto my tips, and sealed the whole thing off with a layer of Poshé topcoat. Here, dear girls, is the final mani: 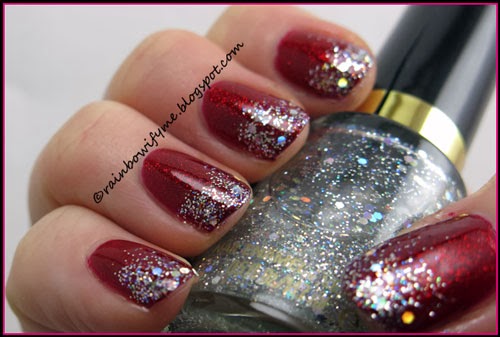 And taken from a slightly different angle: 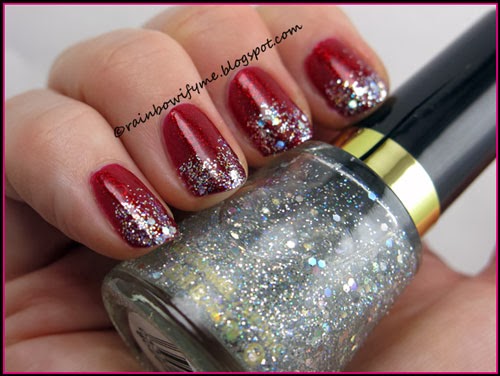 This was just what I wanted it to be! Yay! 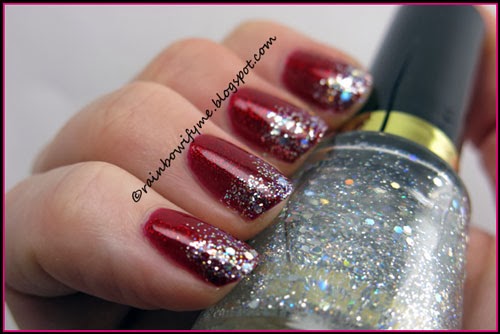 And here are the pretty polishes: 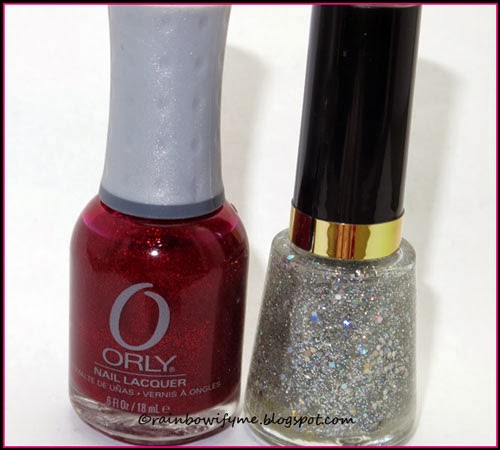 I like to experiment, but sometimes it’s nice to play it safe, and make a mani that you just know is going to work out exactly the way you want it to.