I’ve got a soft spot for grab bags! It’s like I can’t resist them. It is partly the curiosity of what’s inside them, but also the excitement when you open them – and the hope to get something really nice. I was always a sucker for a lucky dip! :)

I’ve been winking at Tango almost every time I’ve visited Norway Nails’ website, so I felt like I was seriously lucky to actually get it in a grab bag! Yes, they do occasionally sell scratch 'n dent boxes there! I’ll tell you more about that at the end of the post!

Onwards to the polish! The formula was really good, and the pigmentation was also good. Drying time, check, no problems in that department either. Two coats is what it takes to make this baby shine – although I have helped it a little bit with a layer of topcoat. Take a look at how pretty it is: 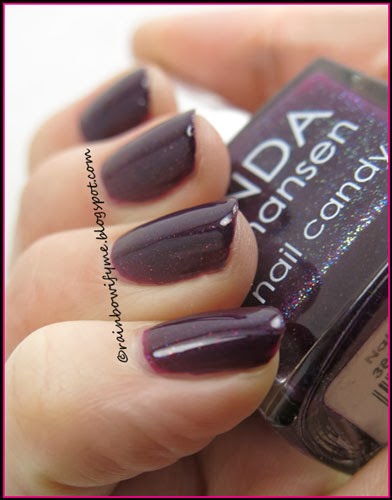 I can see at least blue, pink and golden shimmer in this baby. Not quite as much on my nails as in the bottle; perhaps I didn’t shake the bottle well enough before use. 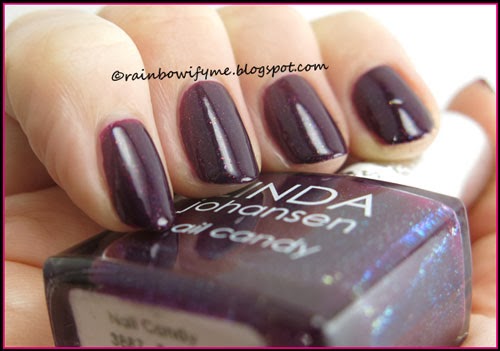 The vampiness of this polish is right up my alley – and I obviously really like the shimmer. I definitely wouldn’t have liked the polish as much without the shimmer. 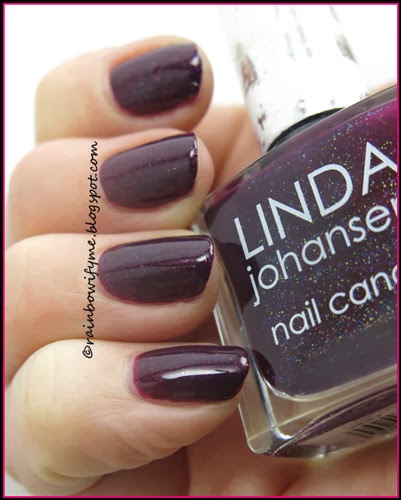 I stamped on it. I used two different stamping plates: Bundlemonster’s BM-311 for the ring finger and the thumb, and a no number or name stamping plate from Essence for the rest of the nails. I stamped with Kiko #618 Orchid Pink from the mirror collection. The entire collection is no less than fantastic for stamping!

I applied a layer of topcoat before taking these pictures: 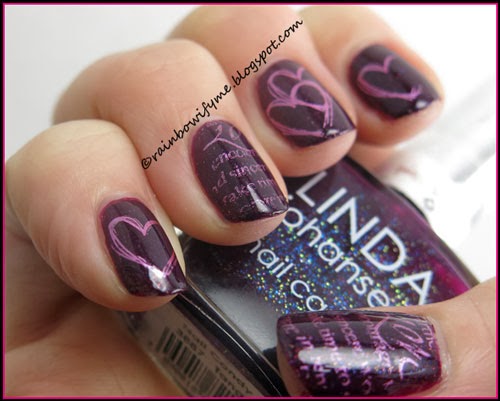 I double stamped on the middle fingers, as you can see. I think that looks really cool. 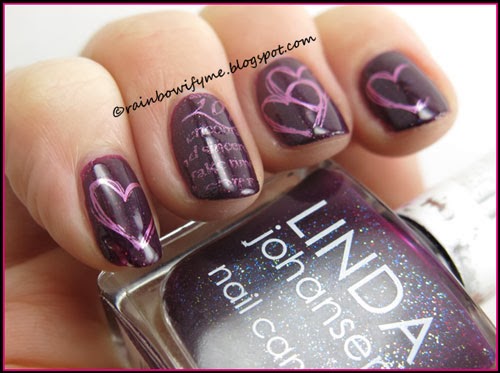 I like these more “open designs” that doesn’t cover up too much of the original polish. 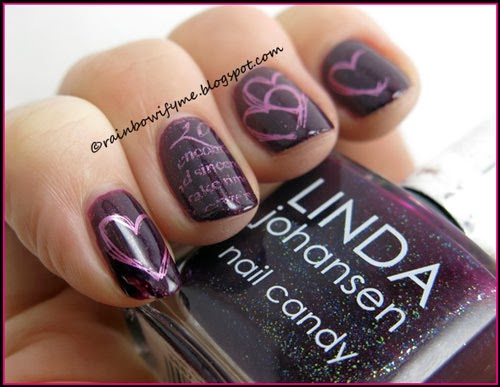 Like I said: I felt it was a real treat when I found this polish in a scratch 'n dent box. The boxes that Norway Nails are selling consist of minimum 5 polishes and/or treatments. The polishes are in scratch 'n dent boxes because of a bad label, a leakage from another package, an opened bottle, a bad brush or something like it; something that means they’re good, but they won’t be suitable to be sold in the shop.

My Tango had a ragged lid, and I obviously wouldn’t have paid full price for it. But in a grab bag it was just a gem.

Are you a sucker for scratch 'n dent boxes just like I am? If you are you should definitely go to Norway Nails' webshop and buy yourself one today. They're on special!! They're usually 299 NOK, and today they're only 199 NOK! I've already ordered another one! ;)The offer is valid until tomorrow's offer is up.

Norway Nails have kindly offered my readers a 10% discount code. Just use the code RAINBOWIFYME10 at checkout, and you'll be getting 10% off your purchase.
Posted by Rainbowify Me at 4:00 PM