The formula is not that great though. It’s streaky on the first coat. The second coat is a little bit better but the polish is not self-levelling. I’ll get back to that in a second.

Let me show you the final mani: 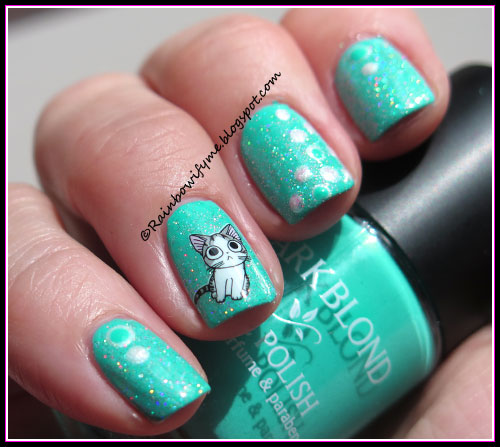 The cat is a water decal I bought from Aliexpress. The white polish is my favourite: m&s-172 from El Corazón. The holo topper is “Holographic Pearls” from Revlon. That’s a really cool topper.

This is what Auqua Marine looks like on its own. This is two coats and you can probably tell that it’s not really self-levelling. 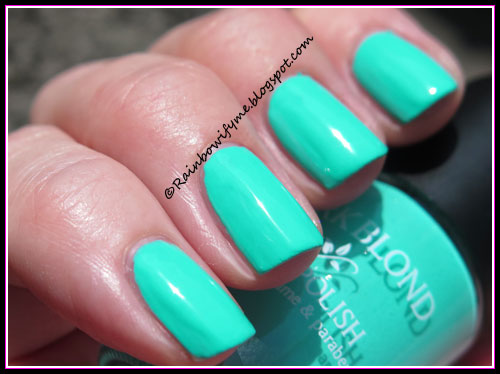 Topcoat helps it though. This is one layer of Holographic Pearls over the mint green. Uh, that topper is already a favourite even though it does grey the base colour a little bit. 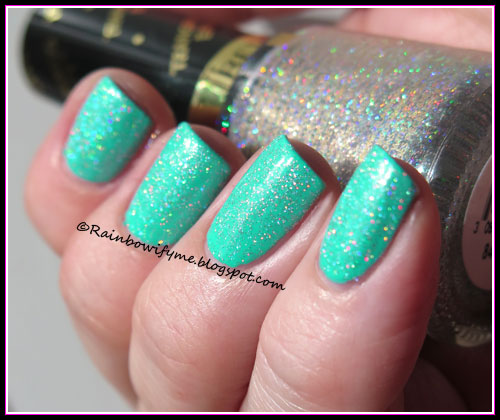 And in case you’ve wondered: No, I didn’t spell the name wrong. It is actually called Auqua Marine. I do believe that the company misspelled it by mistake! 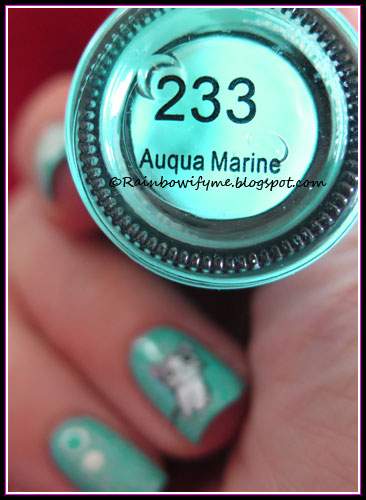 Here are the two polishes, excluding the white El Corazón. 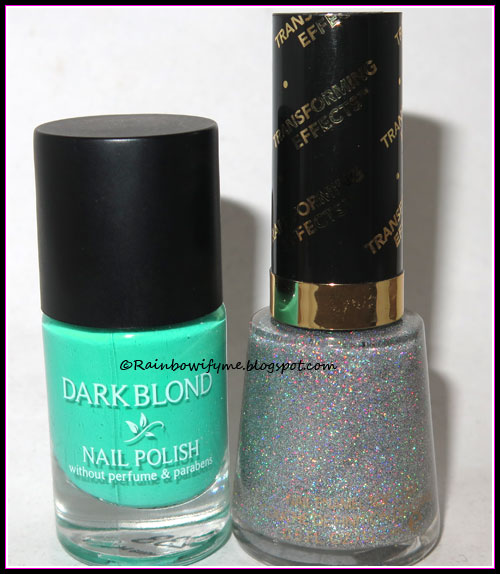 I also bought another Dark Blond polish. I’ll try that one in near future!

Number of coats: 2
Drying time: Average
Finish: Crème
Overall impression: Cute colour. The formula is not impressive, it’s not self-levelling for a start
Buy again: I think I would! I like the colour a lot on my nails.
Posted by Rainbowify Me at 6:00 AM