It's always interesting to buy nail polish in colours you wouldn't normally bother with. Nubar's Absolute is such a colour. Under normal circumstances I would find it too pale, but since this is a holographic, I decided to give it a try anyway.

Applying it was easy - the biggest problem with this polish is that it's so darn sheer. I applied layer after layer, and was only just satisfied after coat number four. 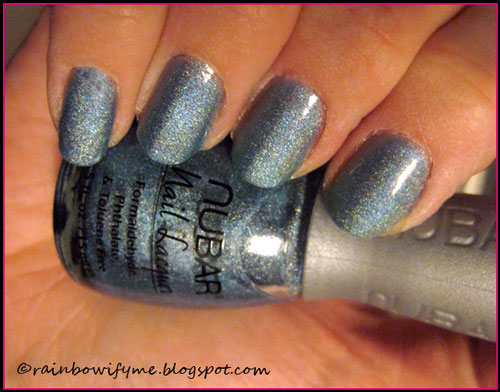 Four coats is more than I'm usually prepared to work with, but this polish dried relatively quickly between each layer, so it wasn't as big a pain as I expected it to be.

The colour is, as I expected, way too pale for me.

The holographic effect is kind of vague. Perhaps it's because there's no sunshine here at the moment. But seriously - I wasn't impressed with it at all. 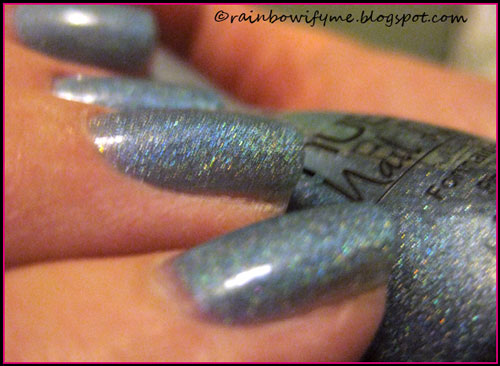 It isn't that it's not pretty. It's just not striking, the holo effect is bland at best, and it's not me, if you know what I mean.