Orly ~ Out of this World

“Out of this World” is from the Cosmic FX Collection from Autumn 2010. It’s the only one I’ve got from the collection of six. I wanted to buy “It’s not rocket science” (which is green), “Galaxy Girl” (which is purple with red undertones), and “Lunar Eclipse” (which is indigo blue with flashes of violet and other tones of blue). They all look so pretty in pictures. But they were all out of stock, so I had to settle with just this one.

I’m usually happy with Orly’s formula. This one is on the thin side though, so I gave it three coats before I was fully satisfied. 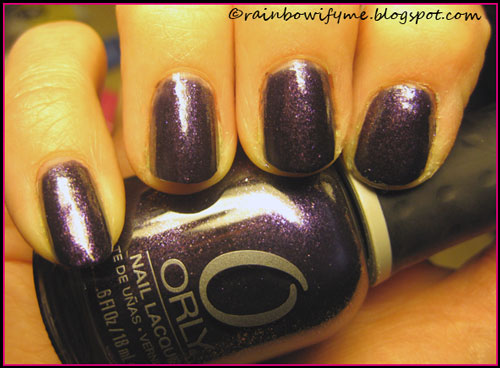 After having admired my nails for a little while, seeing the pretty flecks shimmering and sparkling, I decided that it needed something extra. I didn’t quite see the effect I was after – you know, the feeling of gazing up into a starry, starry night?

Fortunately I’ve got lots of different glitters to choose between, so I was sure that the little challenge was relatively easy solved. I decided to give China Glaze’s “Snow Globe” a chance, and applied a single coat over the purple. And wow! That gave exactly the effect I was after: A deep purple background with a lot of depth in it, and hundreds of sparkly stars and comets. I was amazed. 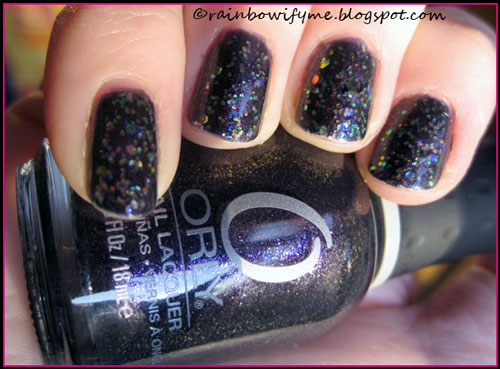 I applied a single coat of Orly’s top coat Polishield, and I was ready to go out and have fun!