Here’s another one of the Born Pretty holos I recently bought.

The formula was just as good as I’ve experienced with the others I’ve got. I used my regular base coat and have had no problems with bald spots or dragging, or anything. It covered perfectly in two easy coats. And - just when I had finished applying the two coats, the sun went behind a giant cloud :( I waited and waited and waited, but the sun didn’t look as if it was going to show up again. So I took this picture under a lightbulb: 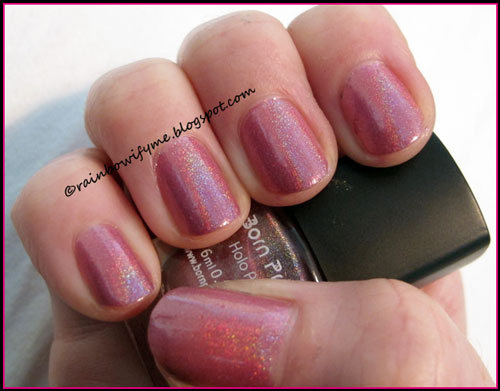 The linear effect is much stronger than this picture suggests, but this was the best I could do under the circumstances. Here’s a picture taken in the shadow so you can see what the polish look like under “normal” conditions, haha!! 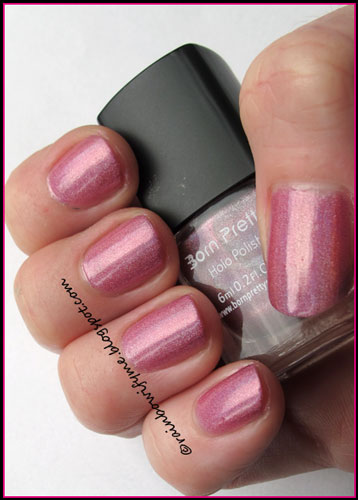 Anyway – I wanted to stamp on this holo. I used Sally Hansen Insta-Dri “Wined up”, which is a rich shimmery burgundy, and I used the XL stamping plate M. And behold! Just as I had finished stamping the sun showed up again!!!

So I didn’t bother with the topcoat, I just rushed in and took these photos: 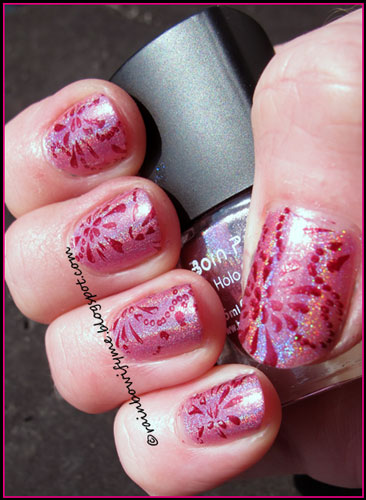 Isn’t that just a pretty pattern? I must admit that the stamping plate was a bit tricky. It was as if it wasn’t engraved deeply enough, so the stamper didn’t get to pick up quite enough polish. So I had to work really fast to get all of the design onto the nails! Have you experienced problems with stamping plates, with the pattern being either too deep (and flooding with too much polish) or too shallow (not loading with enough polish for a good, clear stamp)? And if *yes* to either question…which plates have you experienced these problems with? 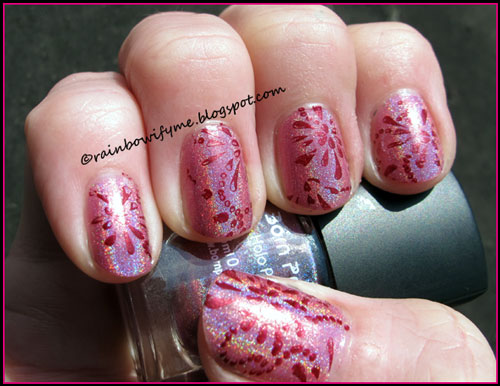 So : Here’s one last shot in the sun. 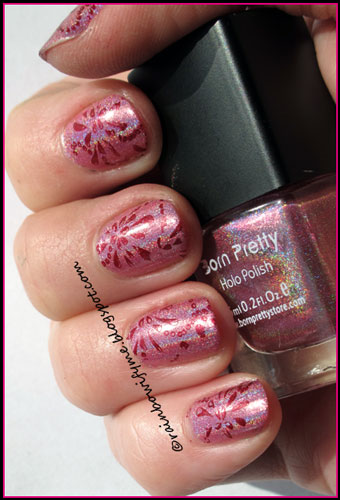 I like manis that are both pretty in the sun and outside the sun. Holo polishes with stamps on them do that trick for me, so I’ll be doing that more in future.

PS. I did end up sealing my mani up with a layer of Poshé topcoat, and it still looked great after that!

Have you tried the Born Pretty Holo polishes yet?
If not, then don’t forget that Born Pretty Store is offering my readers a 10% discount. All you have to do is to use the code JCJ61 when you check out. 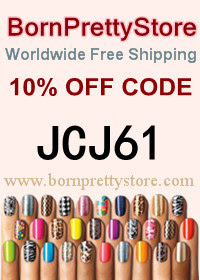 Posted by Rainbowify Me at 7:02 AM