Lynnderella ~ Opal Intuition
Pink, purple and iridescent multisized and multishaped glitter in a clear base

So, here’s my second Lynnderella ever. This glitter is right up my alley and can spice up pretty much ever imaginable mani.

To prove it, I have tried this over two different polishes.

First I want to show it over a purple. I used Femme Fatale Twilight Meteorite, which I showed you here.  It’s a seriously pretty purple packed with glass flecks.

And here’s what happens when I dab a layer of Opal Intuition over it, and seal it up with a layer of Poshé topcoat: 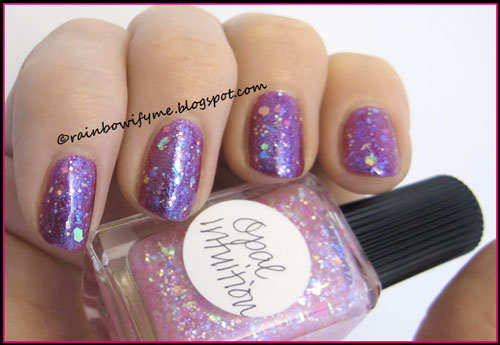 Isn’t that just dreamy and beautiful? 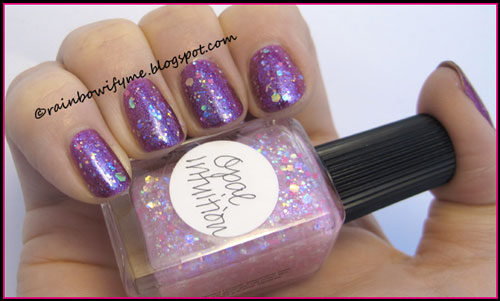 The iridescent glitters changes colour after how the light hits them. It’s so pretty. 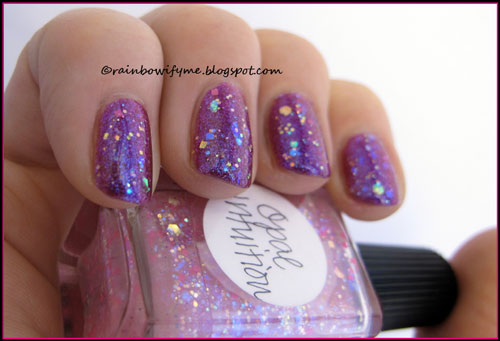 I like this! I’d even wear this for a wedding!

Sometimes I’m more in the mood for a bit more edge, so I also tried it with a blood red polish underneath. I chose Manglaze “Fatty’s got more blood”, which is a dark red matte polish. I showed it here. Again, I dabbed on a layer of the Opal Intuition, and sealed it with a layer of Poshé topcoat.

The dark underwear gives this polish a totally different expression! It’s almost as if it wasn’t the same topper. Let me show you what I’m talking about: 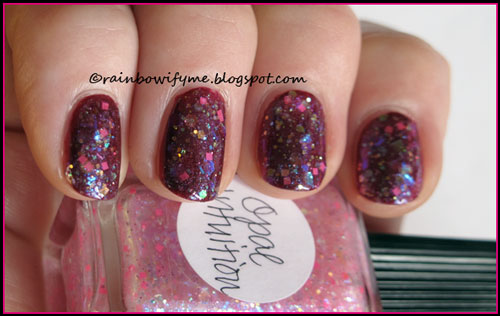 The glitter polishes stand out more this way, and the look gets less girly. 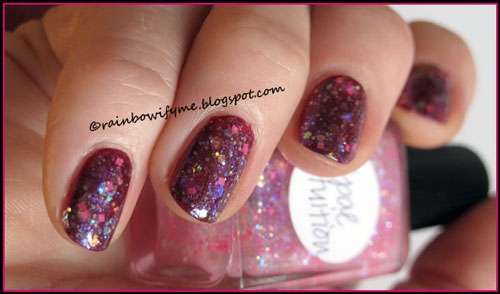 The amount of glitter on each nail is from one dip in the bottle – I’m quite pleased with that. 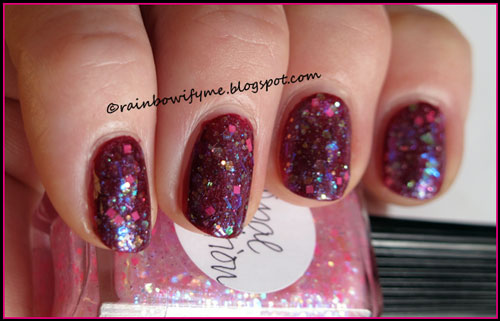 Verdict:
This is a favourite glitter! It’s usable for almost every colour imaginable – I’d even try it over a teal next time. It dries pretty fast, and I only needed a generous coat of Poshé to smooth out the glitter. I found that I needed to dab the glitter on to get the glitter spread out evenly, but that’s pretty normal for glitters like that, so it’s not a problem, but just the way it is.

So yes: I’m also very pleased with my second ever Lynnderella!