It’s time for some new holos! This time I’m trying out the Nabi Holograms. I bought a bunch of them on evilBay, and today I’ll show you two of them. It was my intention to paint my nails pink and blue alternate and then dots with the opposite colour, but I changed my mind, and I’m glad I did. Let me show you why!

The formula is good on these. They smell horrible, but they are well pigmented and they dry pretty fast. It took two coats to make this polish look the way I wanted it to.

I don’t wear pink that often, but this is the kind of polish that could make me wear pink more often. It’s pretty both in and out of the sunshine, and I love that in a holo.

Here’s a pic for you; two coats, no topcoat: 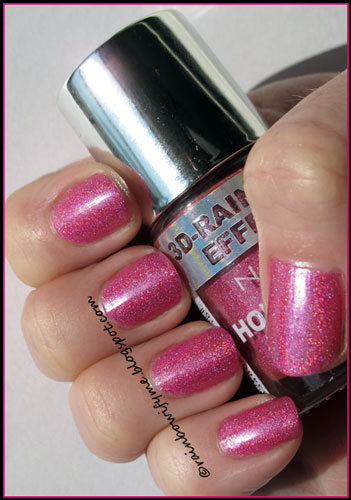 The holo effect is quite good, but not the strongest in the pack of polishes. This is good though, I like it! 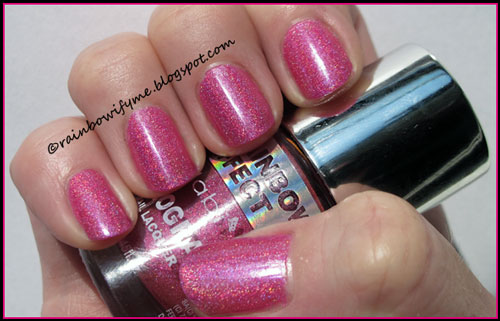 Then I considered what to do with it. I still wanted to use the Navy Blue polish, but wasn’t quite sure how I wanted to use it. Then my boyfriend suggested white dots with blue dots on top of them. Sounds good right? I decided to run with that ball. I first made white dots with Essence “Ahoy!” from the 50’s Girls Reloaded collection, and then I made blue dots with Nabi Navy Blue over the larger white dots. And here’s what that ended up looking like: 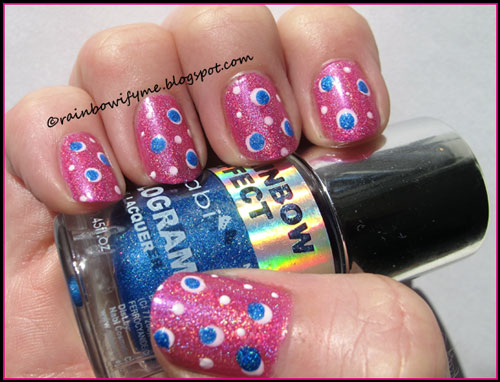 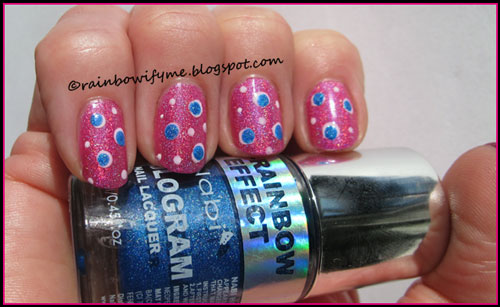 I love that there are rainbows both on the pink and on the blue! 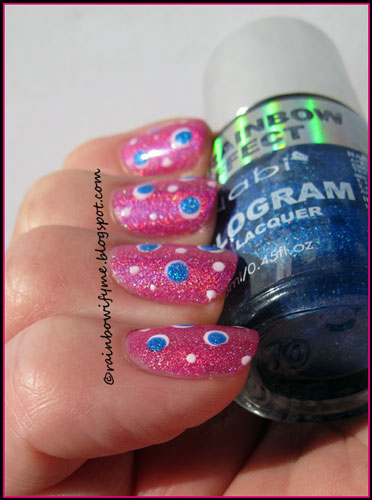 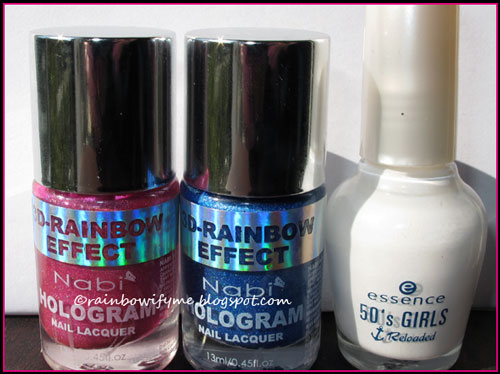 I must admit that this mani gives me a really positive vibe. It’s as if all bad moods disappear when I look at the colours and the dots!

Note : Flamingo is a bleeding polish. It’s not visible in my pictures, because they’re all taken before I added topcoat. The minute I added topcoat, the white dots took colour from Flamingo, and turned pale pink. I don’t mind so much, it actually looks pretty cool, but definitely unintentional, haha! :)

I wonder if you like dotticures as much as I do?