Blood Hound is from the Modern Vampire collection from late Autumn 2015.

The formula is a bit on the thick side which is unusual for a Cupcake. I usually don’t mind that but I found it incredibly hard to get close to my cuticles without actually painting on the cuticles. I did the best I could though. I used two coats for my mani. The drying time is really good. 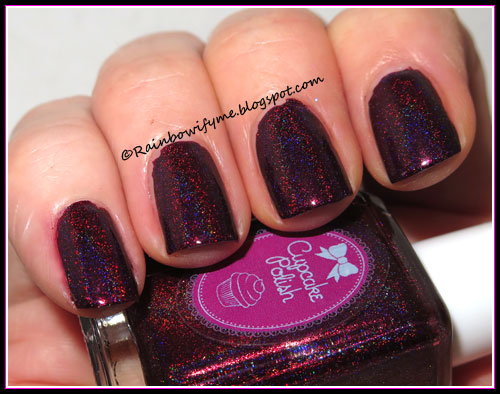 This is taken in lower lights. 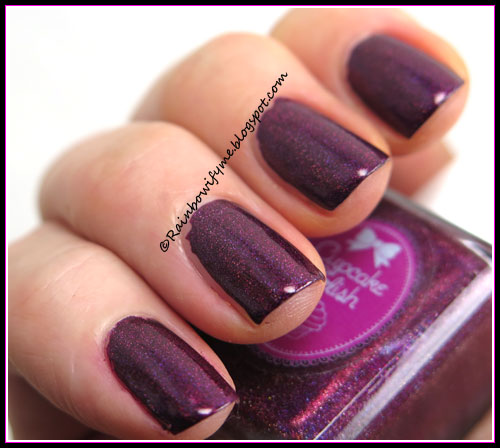 This is way too dark for me to wear on its own so I spiced it up with some stamping. I found a floral motif on a fauxnad stamping plate called JQ-L04 and I stamped with one of my new stamping polishes from El Corazón: First Kiss.

Here’s what my final mani ended up looking like, including a layer of topcoat: 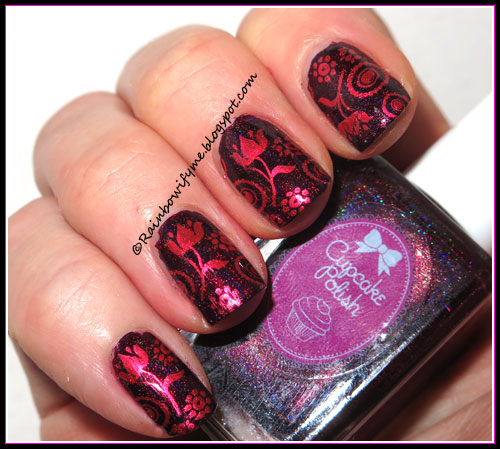 I actually tried to make the stampings different from nail to nail but I failed. I don’t mind much though :) 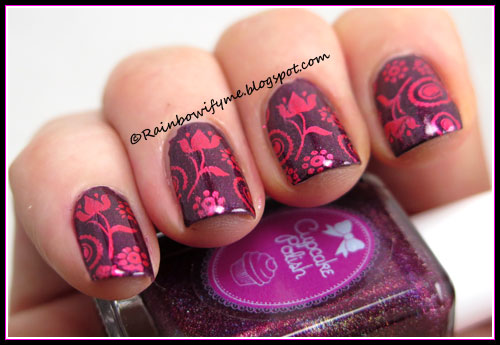 The stamping helped a lot. Blood Hound is too dark for me and I will probably find her another and more caring home.

Number of coats: 2
Drying time: Really good
Finish: Linear holo
Overall impression: I like the rainbows, but the colour not so much
Buy again: No, it’s too dark for me
Posted by Rainbowify Me at 6:00 AM