The formula is a bit sheer, but it builds up in two coats. The drying time is average.

The rainbows are prominent. This is what two coats look like in the sun: 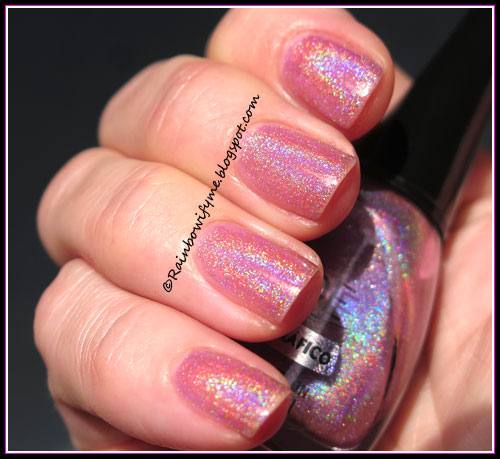 And they are still shining brightly in the shade. Aren’t they pretty? 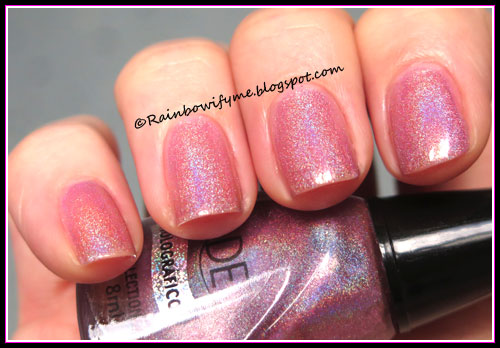 It’s not my colour at all though. Jade’s own published picture of Aurora suggests a waay bolder pink than I received, dammit! Fortunately there are ways around that: Stamping!

My motif is from Marianne Nails No. XX. Yes, that’s what it says on the plate, it’s weird, isn’t it. The red stamping polish is from Colour Alike and it’s called B. a Red Wine.

Here’s the final mani including a layer of topcoat: 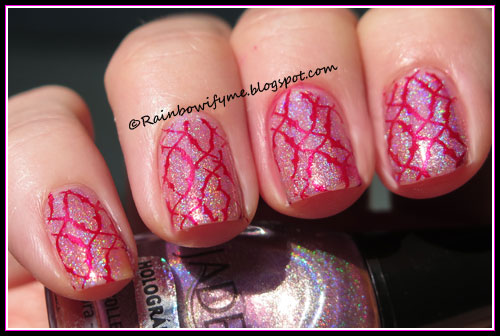 The red stamping helped a lot but I must admit that I am so disappointed in Aurora. I just hate it when swatch pictures lie, and trick me into buying polishes I wouldn’t normally consider!

Number of coats: 2
Drying time: Average
Finish: Linear holo
Overall impression: Cool rainbows, not my colour though
Buy again: No, but only because it’s not my colour
Posted by Rainbowify Me at 6:00 AM