Today’s post will be longer than usual, because I’m showing an entire stamping set. 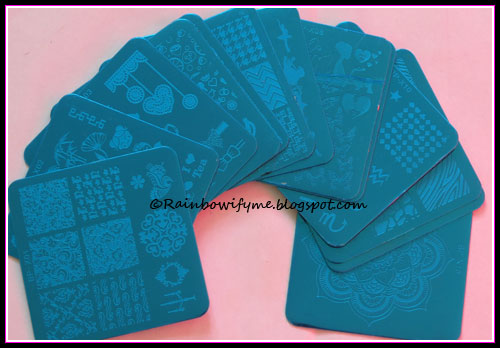 I spread them out on the floor to get a better look at them: 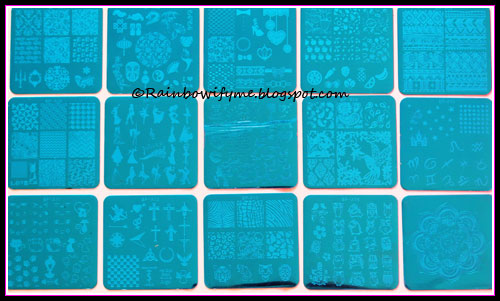 There are so many cool motifs on these plates! Let me show them to you, three at a time. You can click each picture to take a closer look at them.

Here’s a stamp from each plate.

Here’s a stamp from each place – in the right order, haha!

I loved the stamp on BP-X05 so I used that for a mani. The base colour is NailNation 3000’s #twinning. The stamping polish is El Corazón’s “Gray”. I love classic stamps like this one. 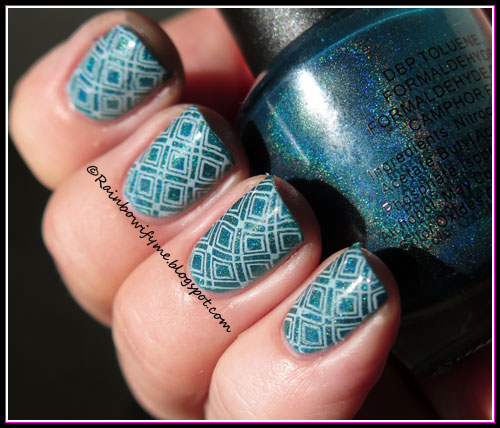 And a stamp from each plate:

I fell in love with the skull stamps on BP-X13. I used two of them on this mani: 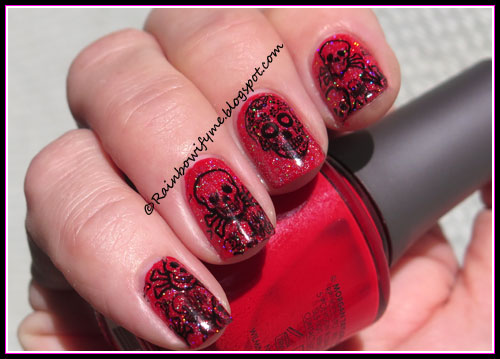 The base colour is Morgan Taylor’s Fire Cracker topped with Revlon’s Holographic Pearls.

What a cool set of plates. So many good motifs – it’s almost impossible to pick. My two clear stampers wouldn’t pick up the motifs properly though so I had to switch to my old faithful cheap ebay-stamper that picks up pretty much everything. I have ordered a new clear stamper now that should be sticky, I’ll see if that makes a difference. But other than that I have no complaints. With the right stamper it just works.

Cons:
Wants a specific type of stamper (sticky, as far as I know)
Edges are sharp, beware!