Here’s another one of the prototypes I bought when Laura from Ellagee offered unreleased prototypes. I must admit I was quite impressed with the prototypes I received. Mystery polishes are my Kryptonite – I love surprises, and especially nice surprises like this one!

This midnight blue glitter is so crammed into the bottle that it works on its own. The formula is obviously a bit on the thick side, but I had no issues applying it anyway. It only took two coats to achieve desired opacity and the drying time was fast, also considering the fact that the layers went on a little thick. And girls, I love this glitter!

Take a look at two coats and a layer of topcoat; the pic is taken with flash: 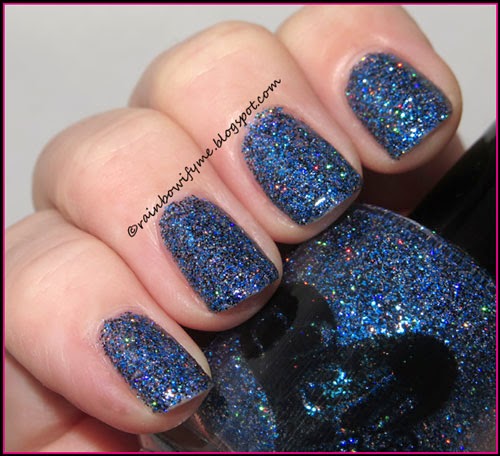 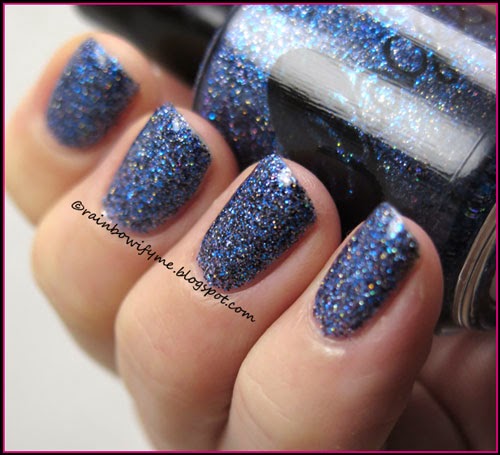 Here’s an intentionally blurry picture to show off the holo glitters: 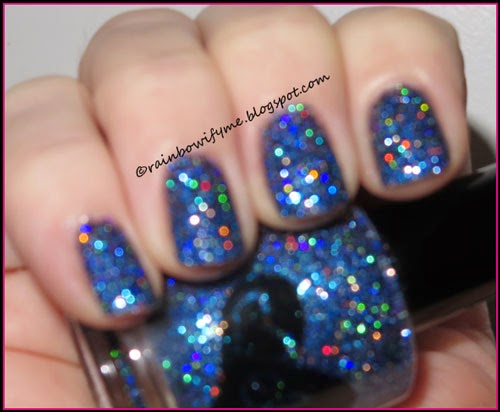 I added some snowflakes. I had a sheet of snowflake stickers that I thought would go perfectly with this blue prettiness. I even added a Christmas tree on my ring finger - it's a little late now, but still!! :D 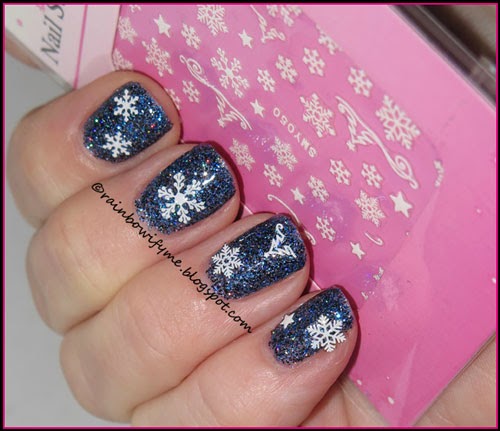 The stickers are pretty, I really like them, but they are a bit stiff. That means that it’s hard for them to stay put on my curvy nails. Even a layer of topcoat couldn’t really hold them down; take a look at my pinkie – see how the sticker sticks out! 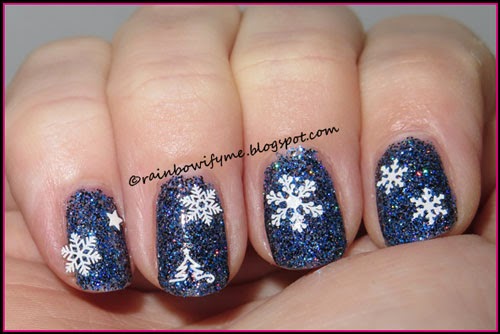 But nice, yes, I like the final mani, and I love the glitter!

Number of coats: 2
Drying time: Good
Finish: A massive amount of glitter in a clear base
Overall impression: Fantastic glitter! I love glitters that are more than just toppers.
Buy again: Yes
Posted by Rainbowify Me at 6:00 AM