I made gradients for my rainbow nails the day before yesterday, so I didn’t just want to make an “ordinary” gradient today. I wanted to make a glitter gradient!!

I’ve had Catrice’s “Heavy Metalilac” in my stash for a couple of weeks now, and I have been looking so much forward to trying it on. Tünde sent it to me in a swap, and I was very excited to get it, since I’ve been reading only good things about this polish.

I love the formula of Catrice polishes, and Heavy Metalilac is no exception. It almost applies itself! :D It was opaque after just one coat, but I applied a second one to make sure it looked its best.

And I was so lucky that then the sun peeked out from behind a cloud – so here’s a sunshine pic of two coats, and no top coat yet: 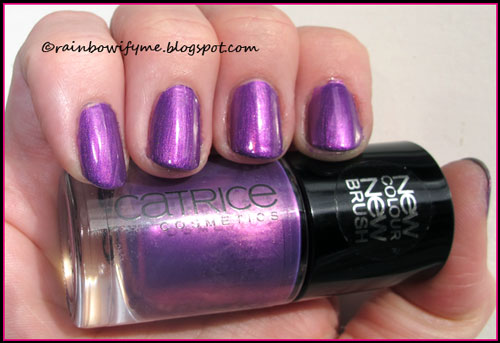 And here’s an indoor shot: 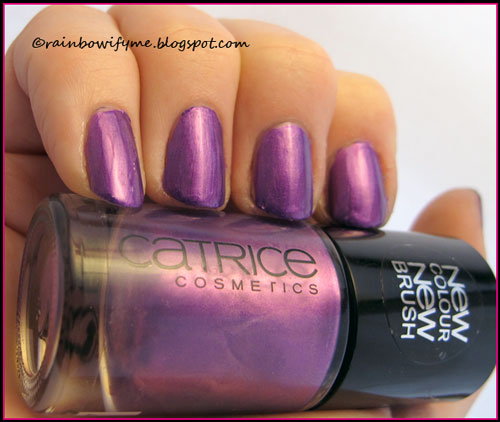 This could easily become my favourite lilac polish!! :)

Then I sponged some glitter on from New York Summer Glitter. It’s called “Fuchsia glitter”, which is exactly what it is. I sponged from the top instead of sponging the tips because I wanted it to be a bit different.

The sun was still out, so here’s a sunny shot: 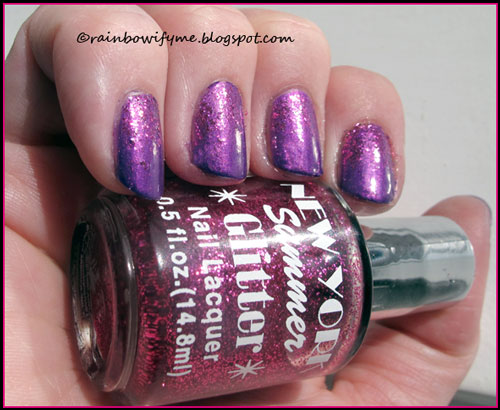 The sun doesn’t actually make the glitter look better, which is weird.
Here’s an indoor shot. The glitter looks much better on that pic IMO. 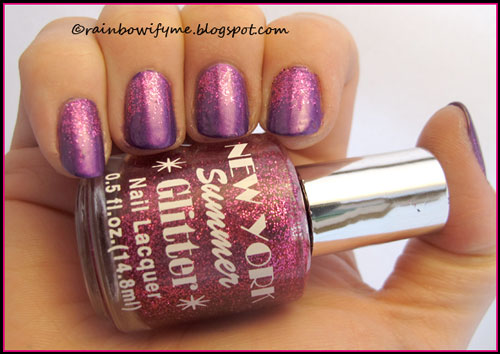 It’s all sealed up under a layer of Poshé top coat.

You should also check out these other Danish girls’ blogs to see what they came up with for gradient nails:

Posted by Rainbowify Me at 6:39 AM