I had a really good idea to this mani, but everything kept going wrong, so I ditched that idea and will save it for later! But despite all my problems I still had to come up with a tribal print mani for today.

I started out with two coats of Ma.nish.ma’s “Bolts of Blue”, which is a very pretty turquoise, with a very nice formula that applies really easily! The polish dries up matte and a with very pretty velvet surface! 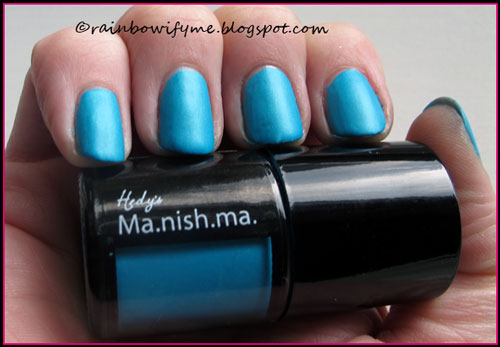 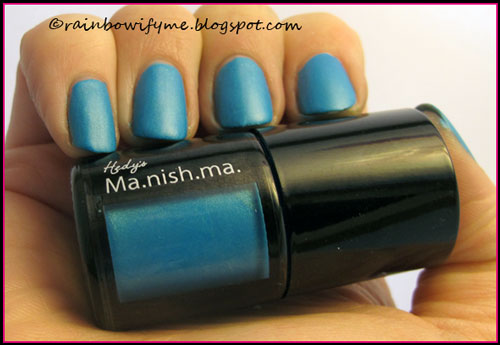 I however, really like pretty things that shine, so I added a coat of glittery top coat, namely Confetti’s “Party Palace Blue”. It’s a very sheer jelly base with blue microglitter and larger iridescent glitters, and it’s definitely meant to be a layering polish. It’s very pretty on top of a blue – it adds shine without taking over the mani completely. See for yourself: 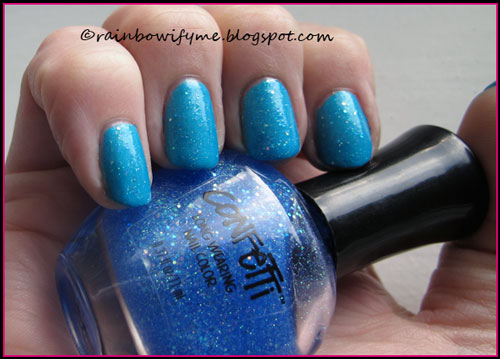 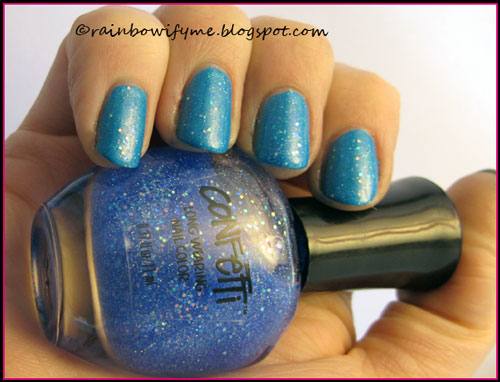 For the tribal print I used a stamping plate called T06, and I used Wet n Wild black crème to stamp with. It’s the first time I’ve tried that, and that worked just fine.

One coat of Poshé top coat, and my tribal nails were done! 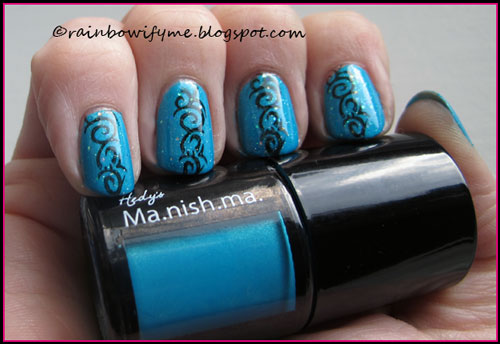 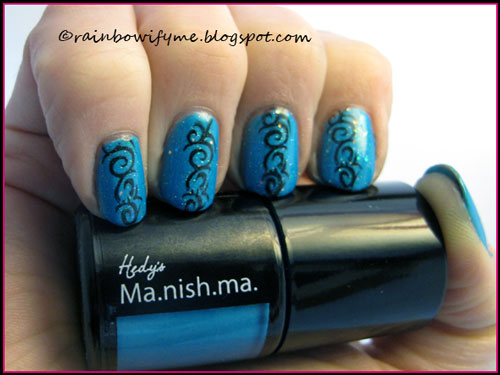 You should also check out these other Danish girls’ blogs to see what they came up with for nails with tribal prints on them:

Posted by Rainbowify Me at 7:11 AM