Black and white. The monochromatic classics. I knew I needed to do some stamping for todays challenge.

I started out with two coats of white crème, namely Models Own “Snow White”. It probably could have used another coat, but I kept it at two. There’s no pic of that – everybody know what a white crème polish looks like :D

Then I stamped on it. I used Essence “Black is back!” which isn’t originally a stamping polish, but it works really well. I used Konad’s stamping plate M73, the musical design, which I’ve been eyeing since I got the plate.

Then I sealed it all up with a layer of Poshé top coat: 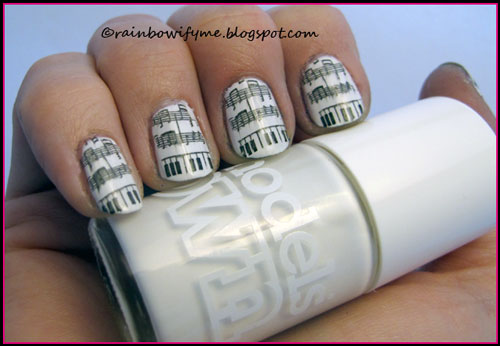 That particular top coat doesn’t usually smudge my stamps, but it did today, humph! *Puts on annoyed face*

I quite like this. I considered applying a coat of Fairy Dust over it, but - nah… it’s fine as it is, don’t you think? 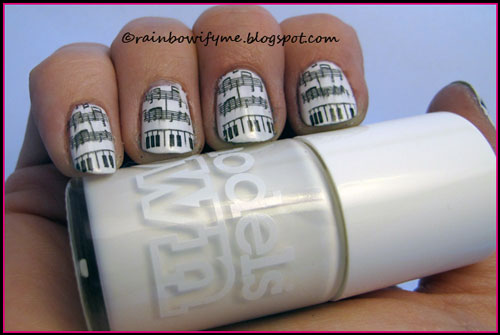 You should check out these other Danish girls’ blogs to see what they came up with for black and white nails:

Posted by Rainbowify Me at 6:16 AM