I’ve got four Hard Candy polishes in my stash. I showed the first two of them here, and this post contains the last two. I think it’s cool that they go together two and two.

I started out with Bity Blue, which is a sky blue packed with so much shimmer that it appears like a foil. It applies easily, and the pigmentation is good, so it took two easy coats to reach full opacity. Drying time was average, which I can’t complain about. When I look at the bottle I can see that the polish has a very slight duochromatic purple effect, but that hasn’t really transferred onto my nails. I couldn’t see it at all once it was on, and hence I couldn’t catch it on camera.

But anyway: Two coats, no topcoat: 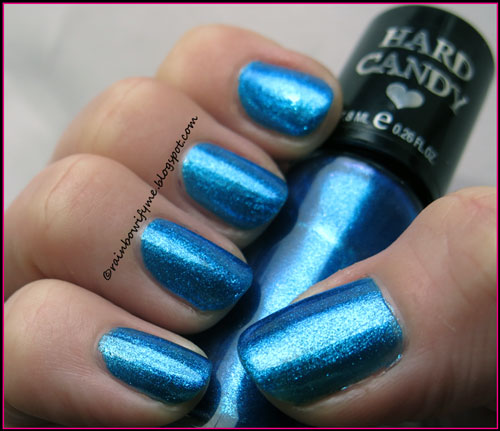 My camera freaked out over all the shiny polish! It’s seriously pretty in real life, I can assure you that. These pictures simply don’t do the polish justice at all! 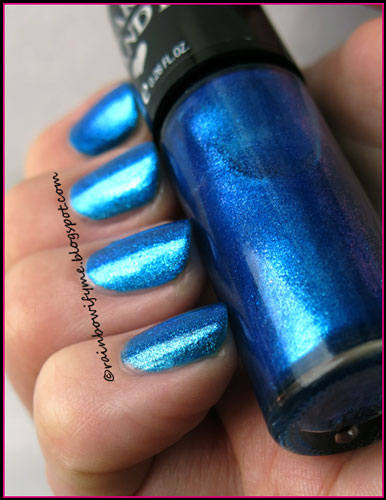 I wouldn’t normally pair a red glitter up with a blue polish (unless I was supposed to make a US themed design of some sort). But Fireworks actually contains blue hexagons, so I thought, why the heck not! Goshdarn and dagnabbit!

I taped my nails halfway down the middle and applied the glitter. I waited for it to dry, and then made a red stripe down the middle, to separate the two colours. One layer of Poshé topcoat finished the mani off and here’s what it ended up looking like. 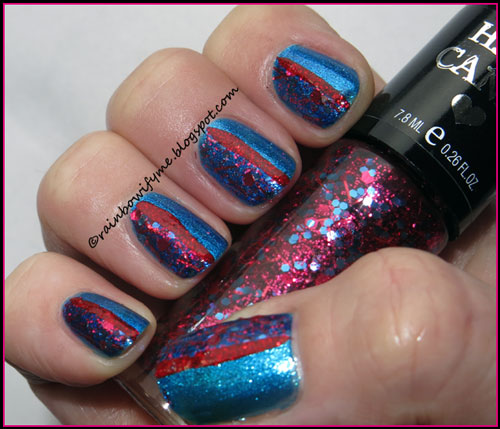 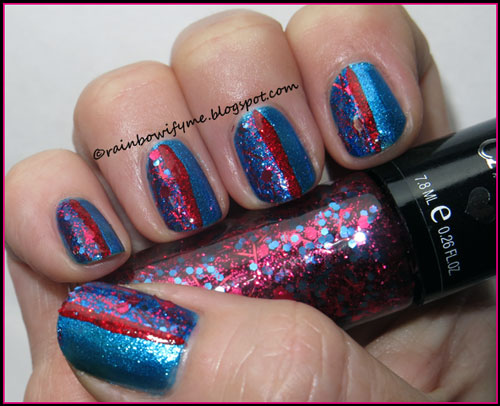 I think this would have looked cooler with some white in it too, but I just didn’t think of it when I made this.

Here are the two polishes: 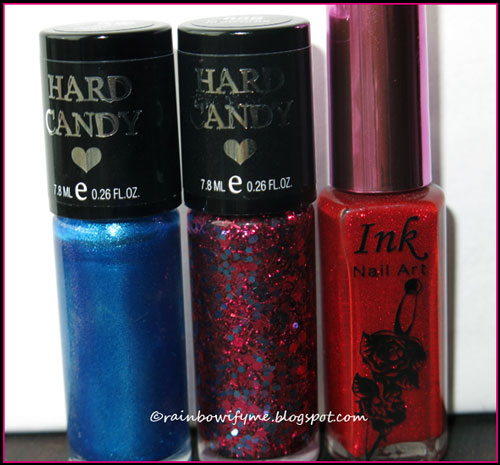