I looked into the box with Lilypad Lacquers, and my eyes fell on Aquadisiac and Nature Calling. I thought that they looked pretty similar, and decided to make a comparison in order to figure out if I should keep them both or let one of them go.

They look pretty similar, don’t you think? I might as well reveal right now that they’re not dupes. They’re not even that similar once they’re on the nails! I applied two coats on each nail. I have Aquadisiac on my pinkie, my middle finger and  my thumb, and Nature Calling on ring finger and pointer. There’s no topcoat on yet!

See? Aquadisiac has got more blue in it, and Nature Calling has yellow instead. 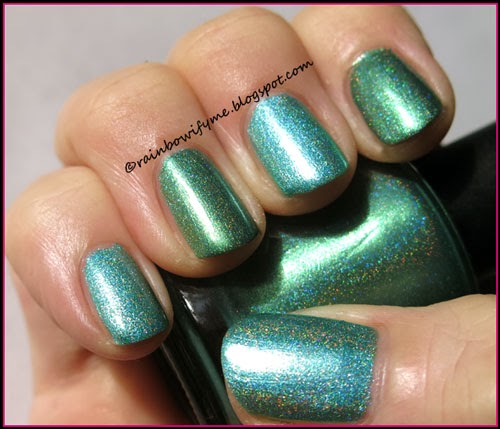 The holo effect seems a little bit more prominent in Aquadisiac too. 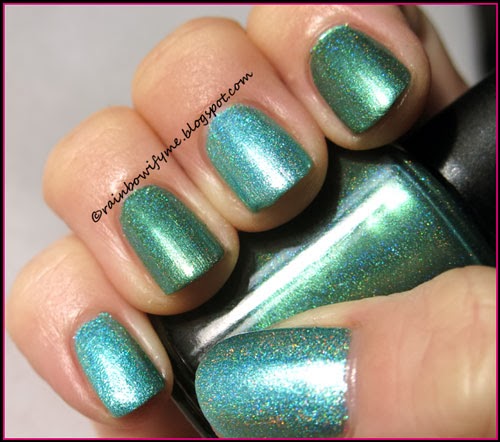 I think it’s amazing that they look so similar in the bottle, and then turn out to be so different on the nails! 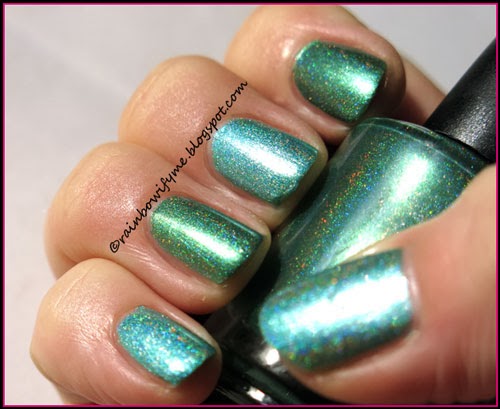 I like them both, and wouldn’t know which one to let go, if that had been the conclusion! 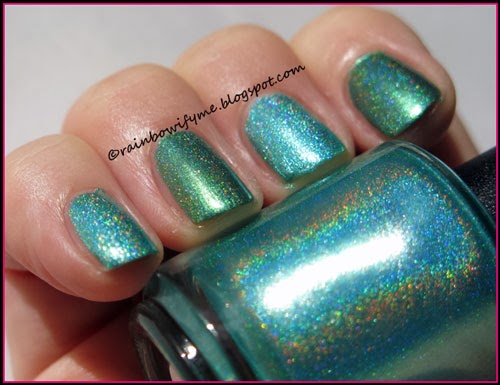 I made a dot on the base of the nail with the opposite colour. Mostly to see how opaque they are, but also because I like that there’s at least something on my polish, haha! I applied a layer of topcoat before these pics were taken: 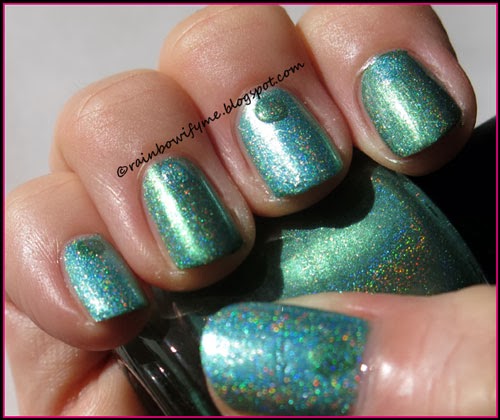 I wasn’t surprised to see that Nature Calling is the most opaque of the two. It is the darkest of the two colours after all. 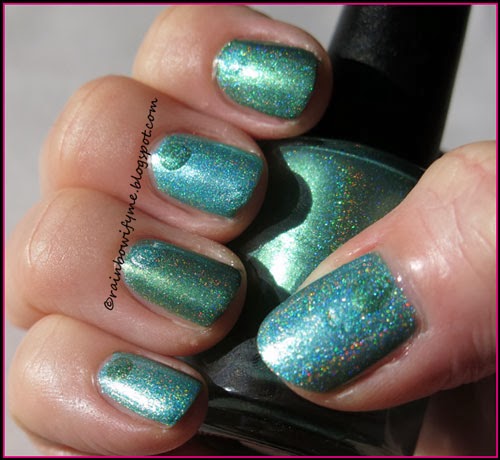 Here’s another bottle shot. This picture shows the difference better than the first one in this post.

I must admit that I thought that these two were closer than they turned out to be. Which one do you like best? And would you keep them both?

Norway Nails have kindly offered my readers a 10% discount code. Just use the code RAINBOWIFYME10 at checkout, and you'll be getting 10% off your purchase.
Posted by Rainbowify Me at 6:00 AM