Magazine Cover Mouse is from the Couture de Minnie Collection from this summer. The collection included three shimmers, a glitter and this textured polish.

The formula is good (exceptional, for an OPI, haha!), and the pigmentation is good too. I applied two coats for full opacity, and the drying time between the coats was actually really good. (That’s 3 ‘goods’ in 2 sentences!!) The OPI chef has definitely improved the recipes since the Mariah Carey Collection came out! I remember the drying time on those was a show-stopper!

Anyway – back to Magazine Cover Mouse. Let me show you two coats, no topcoat: 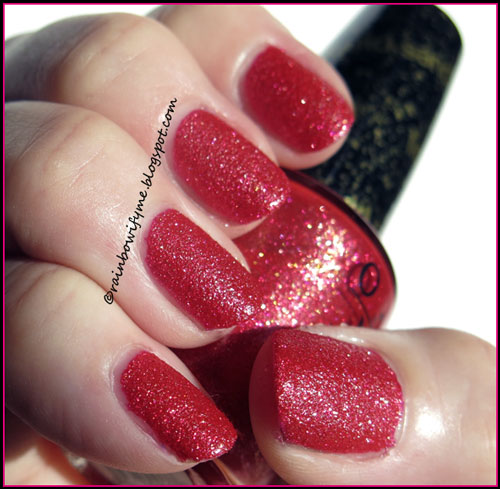 I got this polish in a swap a couple of months ago. I was afraid that it was going to be too golden for me but it isn’t. It is as if the pink shimmer makes up for the golden touch the polish has. Nice! 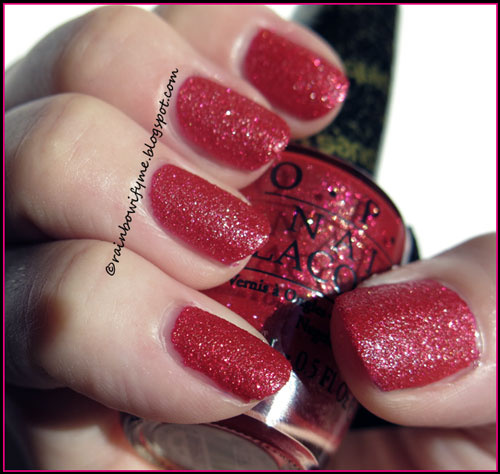 This picture shows some of the pink glitter. That adds hugely to the prettiness if you ask me! 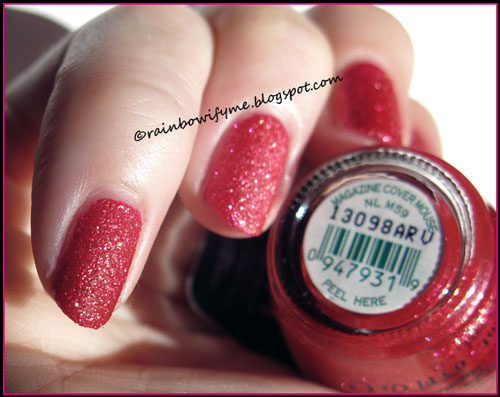 Here’s a blurry pic to show off the shimmer! I love textured polishes, but they only work for me if they’ve got shimmers in them. If not, well, then they’re pretty much just “bumpy polish” to me. :) 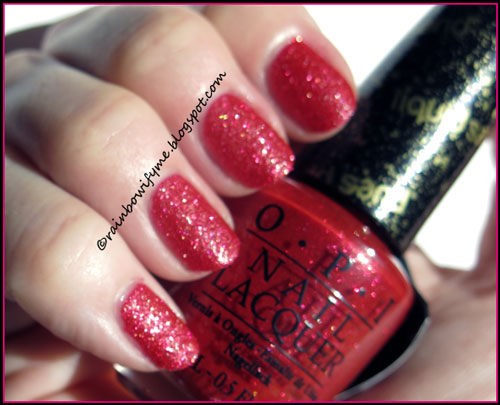 I stamped on it. I wish I had a stamping plate with Disney motifs on it, and preferably Minnie Mouse of course. The closest I could get was stamping plate KD3, which is a Fauxnad I bought way back when I started stamping. The plate has a silhouette of Mickey (or Minnie) Mouse, which will have to do for today. I taped my nails diagonally across and stamped with a no name black stamping polish. I did seal my mani up with a layer of Poshé topcoat, and here’s what it ended up looking like. 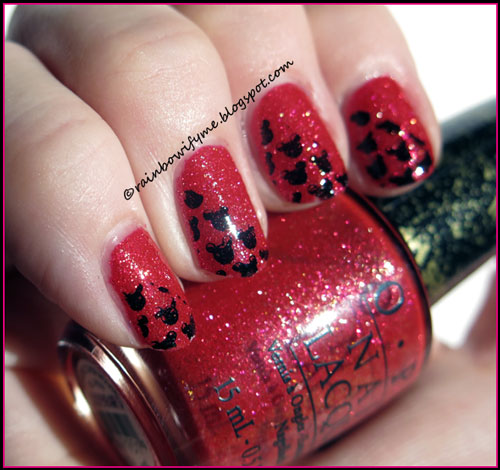 I’m not impressed with the stamping plate – it’s as if the ears only get filled out half, making the design look like blobs with ears, haha! 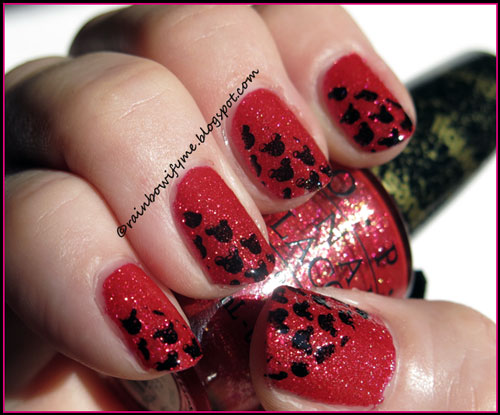 I love red and the only reason I’ve rated this so relatively low in “prettiness” is because of the golden shimmer. It’s not because it isn’t pretty, it’s just because I’m not usually into golden polishes. What about you, girls? Do you also think that this would have been prettier if it had contained silver shimmer instead of golden shimmer?