If you check out various nail groups on Facebook, you’ll probably see that lots of girls are talking about Lilypad Lacquers. It’s an indie brand that has moved up the ladder really fast – and with good reason. Nice colours and great formulas – that kind of news spreads fast!

Let’s get to the two polishes I decided to wear today. I applied two easy coats of each colour to reach desired opacity, and the drying time was equally good on both polishes. That all adds up to one word : Nice.

Let me reveal right away however,  that these aren’t my favourite Lilypads. Here’s a picture taken in direct sunlight – perhaps you can guess why, just by looking at the picture: 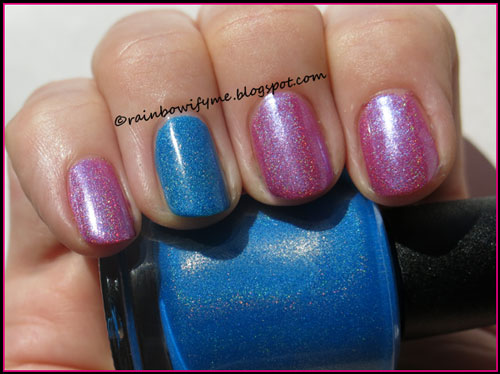 Can you see? The rainbows aren’t as prominent as I wish for in my holos. They’re there, but I just wish they would Pop! Pop! Pop! more! 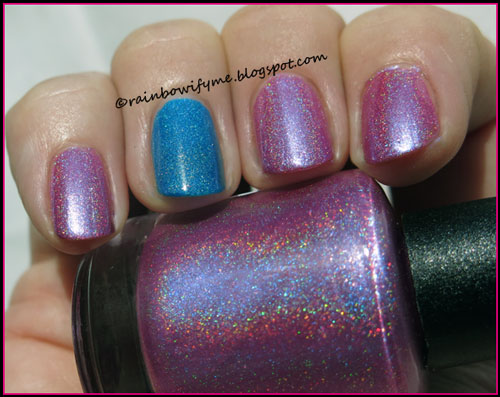 Don’t get me wrong, I’m not complaining, but, yeah… 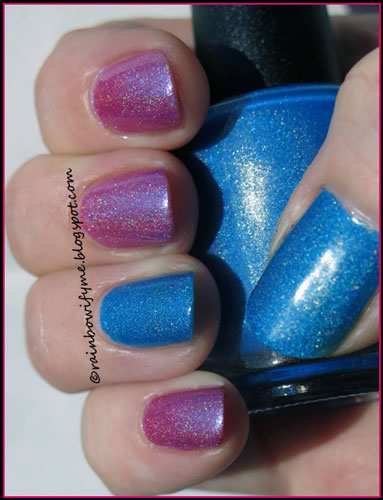 From this angle they show the most: 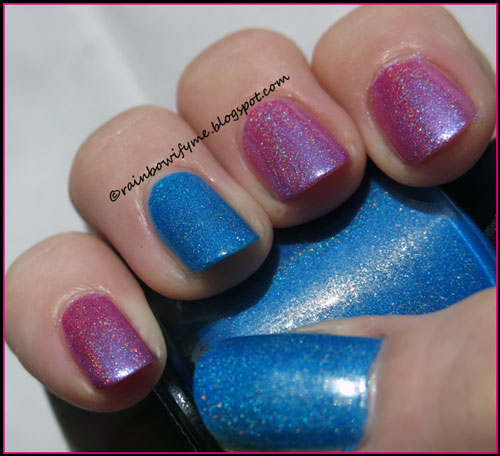 Anyway – let me spice it up a bit, that usually helps, haha!! I made three dots on each nail with the opposite colour, and that definitely moved us right on along. I had to dot the pink twice to make it opaque enough to make sense on the blue, which almost makes it look like 3D - I like that! There’s one layer of topcoat on the following pictures: 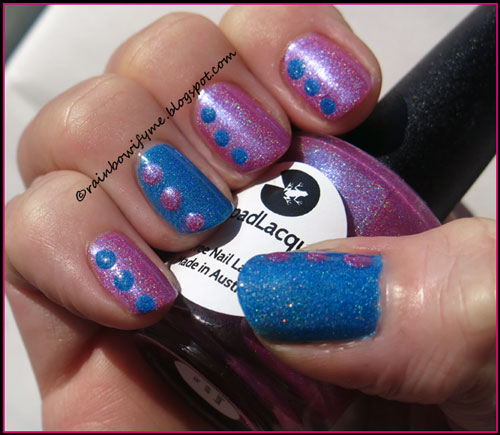 I was surprised to see that the holo effect was strongest in Blooming Violet. I like the blue polish the most though, because of the pow effect! :D 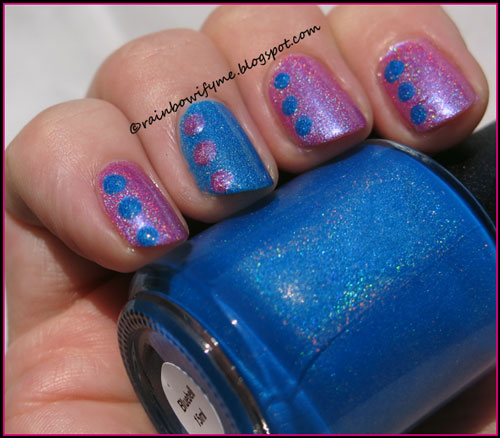 One last shot to show you a bit more of the rainbows :) They are pretty after all! 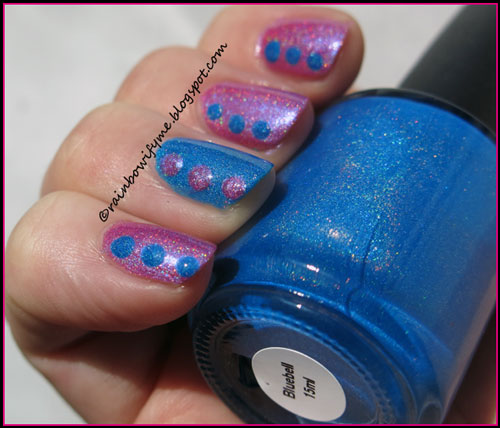 I don’t want to bring Lilypad Lacquers down, because they’re really great polishes. The violet might just be too pale for me, but the blue is a really cool colour. But hey, they can’t all be favourites, can they? :)

Norway Nails have kindly offered my readers a 10% discount code. Just use the code RAINBOWIFYME10 at checkout, and you'll be getting 10% off your purchase.
Posted by Rainbowify Me at 7:06 AM