Nicole by OPI ~ Listen to your Momager!


Nicole by OPI ~ Listen to your Momager!
Dark blue shimmer

The stupid name says it all: We’re now back at OPI’s polishes! Jeez, they should fire the dink-heads who make up their polish names! Anyway – Listen to your Momager! is from the Kardashian Kolor collection from holiday 2012. NOPIs aren’t easy to get here usually, but this collection was suddenly for sale in a local discount shop here. I wouldn’t have bought any if they had been full price (because polishes here are usually ridiculously expensive), but with a good discount? Yes please!

Listen to your Momager! has a good formula. The polish glides on easily and covers well in two coats. Drying time is pretty good too. I must admit that I looked at the bottle with suspicion – and I wondered why the heck I bought it. I mean, I have a ton of dark blue shimmers, and do I really need another one? But girls, once this was on I had no regrets. This is definitely one of the prettiest blue shimmers I have. It’s deep and the shimmers are so big that they’re almost flecks.

Enough talk – you’ve got to see it yourself! Here it is, two coats, no topcoat yet: 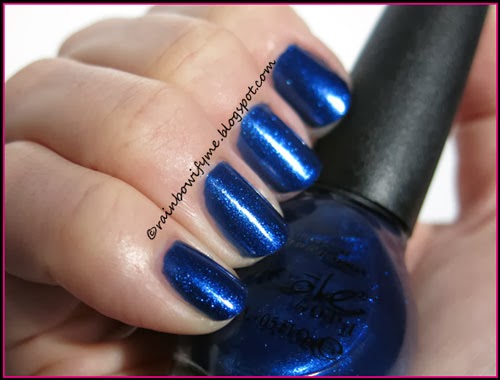 Look at that shine and that shimmer! Isn’t that just looking cool? 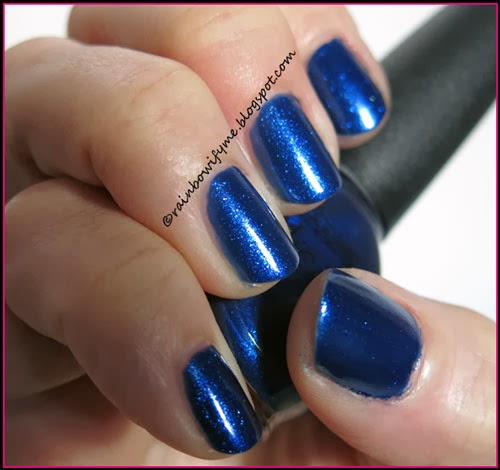 One last pic on its own: 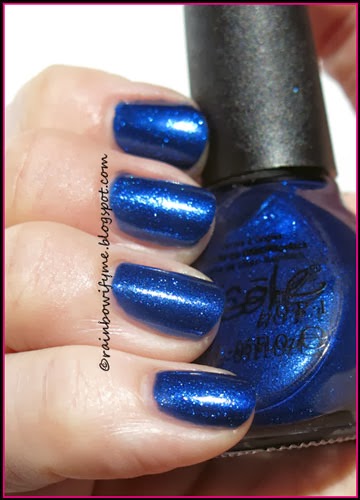 Then I taped my nails with striping tape. I made a cross on each nail and then I applied two layers of Ulta “Indigo-go Girl”. That’s indigo hexagons and glitter in a slightly tinted base. I thought this would work on its own, but it doesn’t really, which is why I layer it over the NOPI! Anyway, I removed the striping tape before the polish had dried, and then applied a layer of Poshé topcoat. And here’s my final mani in the sunshine: 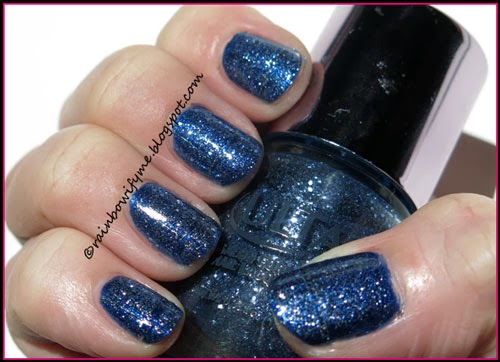 There’s so much shine in this that it’s hard to see the cross I made, isn’t it? 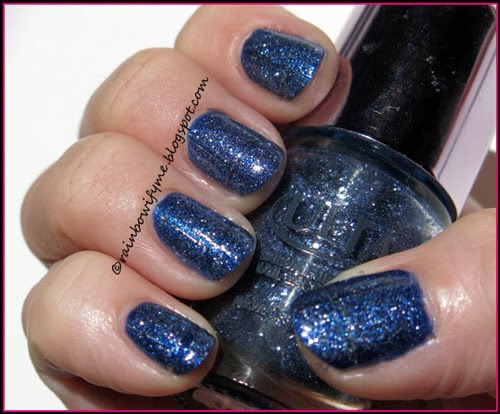 It’s like a blue disco ball on my nails. I dig this!! 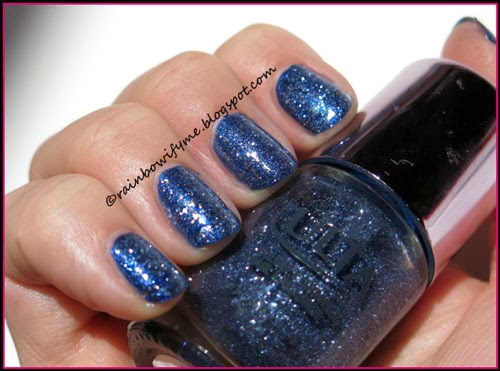 Here’s one last shot in ordinary daylight. This was you can see where the striping tape was! 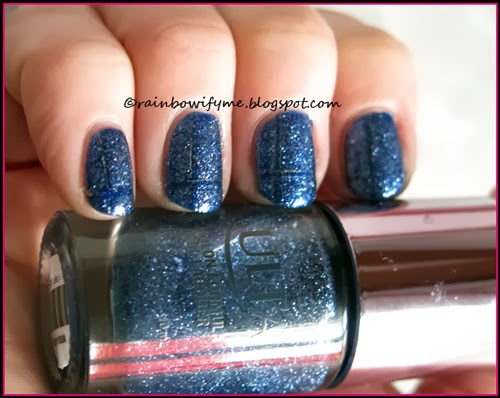 I love both these polishes. I was impressed with the shimmer of Listen to your Momager!, and a little bit disappointed that Indigo-go Girl isn’t a polish that works on its own. But yes, despite the pathetic naming convention, they’re both keepers!

Listen to your Momager! is a stainer. But for some weird reason it only stained the nails on my right hand, even though the two hands get the exact same treatment. Weird.
Posted by Rainbowify Me at 6:00 AM