Nicole by OPI ~ Wear something Spar-Kylie

Wear Something Spar-Kylie is from the Kardashian Kolor collection from holiday 2012. I think this is another really stupid name! As long as OPI keeps calling their polishes ridiculous and dumb-ass names, I will continue to mock them about it! ;)

Anyway – the formula is cool. It was really easy to spread the glitter out, and I didn’t experience any problems with bald spots or dragging or anything. Two coats is what it takes to make me happy. The polish dries up to a gritty surface, and I decided to show it like that, now that the textured polishes are so popular. 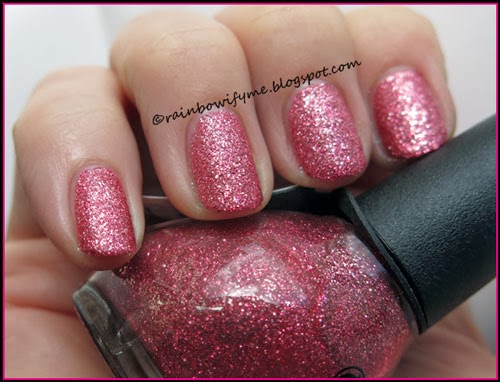 Being a texture lover myself, I must say that I really like this finish. It’s not a sand polish as such, but the surface definitely is grittier than smooth, haha! 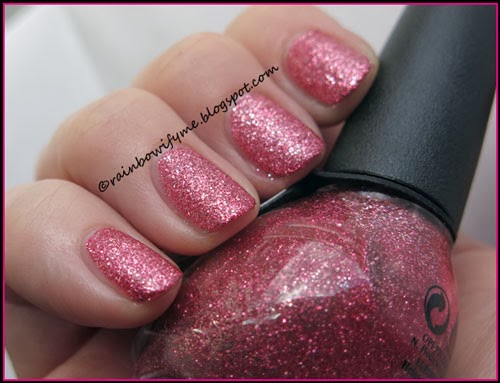 This is not the tone of pink I wear the most. I’m usually into more shocking pinks, but I have to say that I actually like this on me. It’s not as bad as it could have been!
I didn’t quite know what to do with this. I ended up going for glitter on the glitter. I chose a polish from Foxy Paws that has been sitting in my box of untrieds for a while. “She’s got the looks” is from the 80s Collection, and is a clear based polish filled with neon stars in green, pink and purple and sparkled up with orange, yellow and blue microglitter and holographic shimmer. Quite an impressive mix!

I just applied a layer of that onto the pink glitter. I did have to fish for the stars and to arrange them on my nails, but it’s just the way it is with glitters like this, and it’s not a big deal for me. 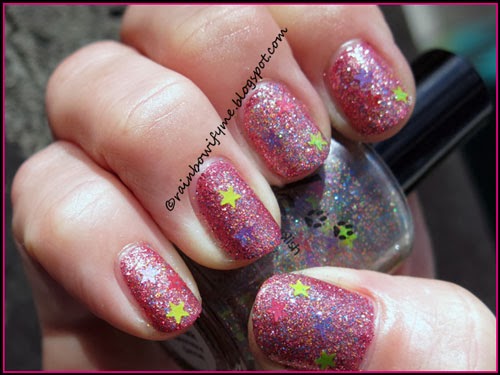 Here’s another pic, also taken in the sunshine: 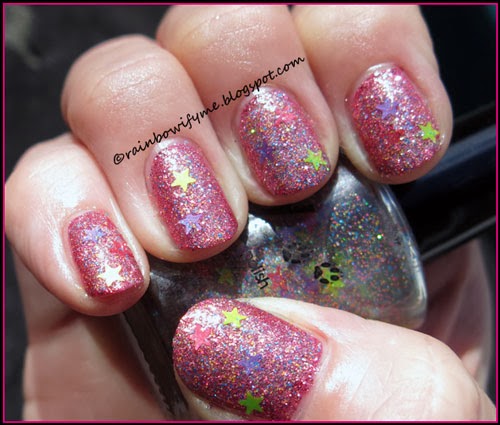 I do admit that the underlaying pink glitter isn’t the perfect base for the pretty microglitter with stars. But at least it got a bit of sunshine on it! :) Next time I’ll try it on something that doesn’t glitter itself!

Posted by Rainbowify Me at 7:00 AM