This is my first Ms. Sparkle polish and it’s a special one too. It was made as a Facebook group custom in January 2017 and there actually weren’t enough polish for all the girls in the group because the maker ran out of supplies. So I was very lucky to grab a bottle.

The polish is sheer and like many of her multichromatic sisters she likes to be worn over underwear. Come on Eileen does build up in three coats. I wear three coats on my pinkie and two coats over black on the rest of my fingers. There’s also a layer of topcoat involved.

This first picture is taken in the sun to show off the pretty shimmer. 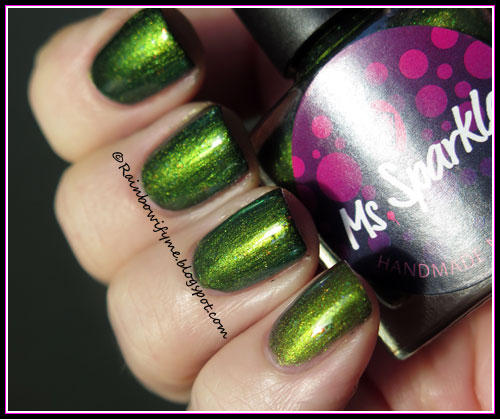 Here’s a picture taken in my lightbox. Now you can see the flakies. 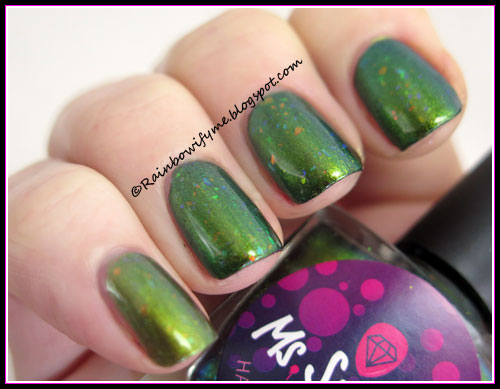 The colour shift was way more prominent in the bottle than on my nails, which is a shame. It’s pretty nonetheless. 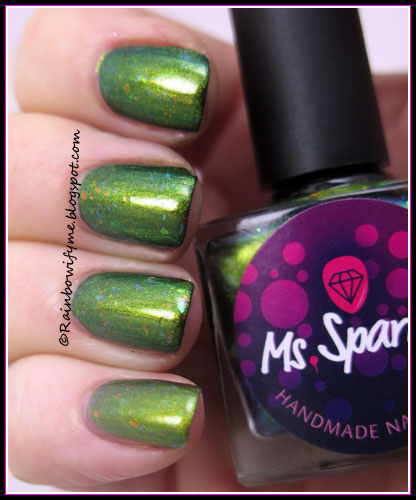 On this picture you may be able to see a bit of the shift. 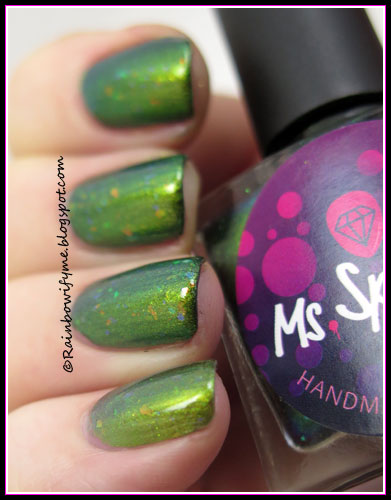 Come On Eileen has two sisters, which I also bought. I’m going to get back to those later. The polish was limited edition and is no longer available.

Number of coats: 2 over black or 3 on its own
Drying time: Average
Finish: Duochrome with shimmer and flakies
Overall impression: I like this way more on the pictures than I did when I wore it
Buy again: No
Posted by Rainbowify Me at 6:00 AM