Today I’m going to show you an OPI from the Reflection Glitters collections from 2009. Reflecting Pool was released exclusively in the UK and Japan and is pretty damn hard to get your paws on these days.

The formula is thin but still manageable. It was opaque after two coats, but I applied a third layer to make sure my camera didn’t pick up something the human eye can’t see. Drying time is a bit on the slow side. There’s also another thing I need to mention: The smell. I have a cold myself so I can’t smell a thing but the boyfriend says that this polish smells really weird, with a capital W. We had to open the windows while I polished my nails, and that’s highly unusual; this is the first time he ever mentions the smell of a polish in a bad way, so it must be very unpleasant indeed.

Anyway, here’s three coats and a layer of topcoat in the sunshine: 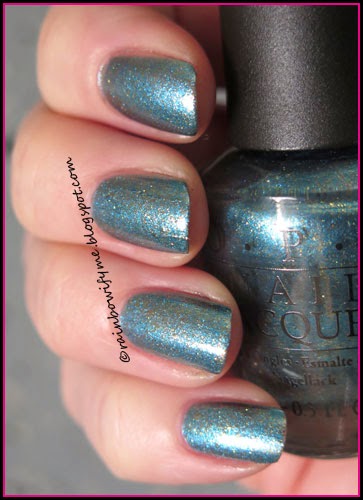 Here’s a picture from the lightbox. Look at them pretty golden flecks. 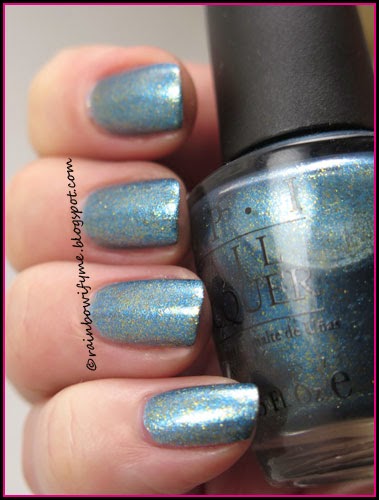 I made three lines on each nail with Maybelline’s Denim Dash from the Color Show Denims collection. Then I gave it all a layer of Ellagee’s Rainbow Syrup – my favourite holo topcoat to finished the mani off. Here’s my final mani in ordinary daylight. 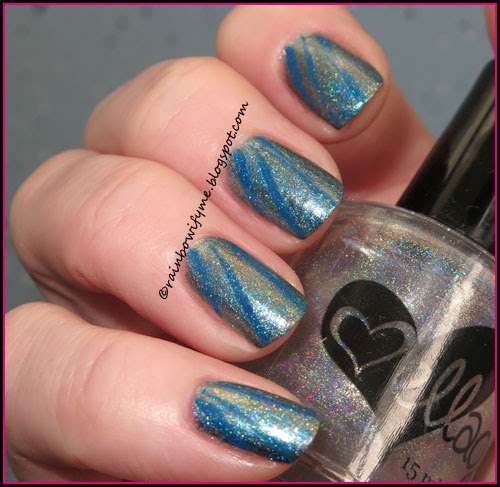 And I had sunshine, so here’s a sunshine picture to show off the holo goodness: 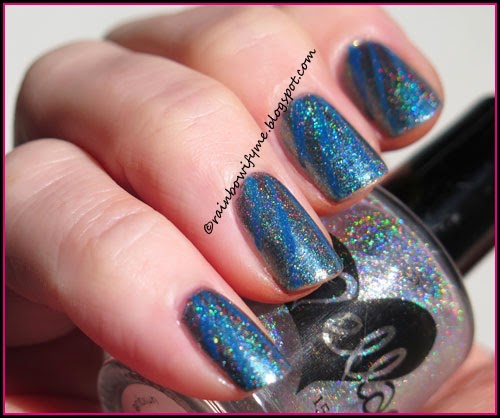 Here are the polishes: 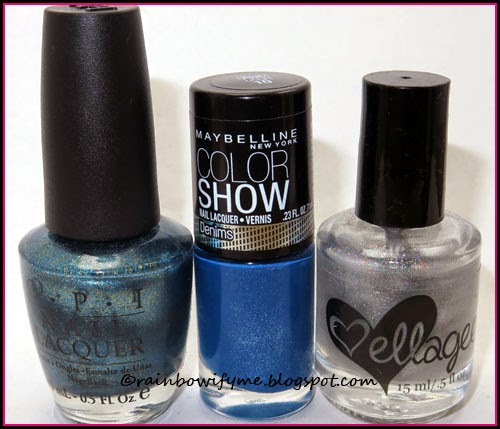 If you like Reflecting Pool, you should know that Zoya made a dupe for it called Chrystal. I have got it and they’re looking exactly the same.

Number of coats: 3 (but 2 would have been enough)
Drying time: Relatively slow
Finish: Foil with flecks
Overall impression: Very special polish
Buy again: Yes
Posted by Rainbowify Me at 6:00 AM