LynBDesign ~ Pliny the Elder & The Credible Hulk
A couple of swatches

Don’t you hate it when you get nail mail and the polishes don’t look like you expected them to? That’s exactly what happened with these two polishes from LynBDesigns, which is why it has taken me a while to actually swatch them. Today is the day I decided whether to move them on or not.

The first one up is “Pliny the Elder”. It’s from from the "They Say of the Acropolis" Collection and is described as a linear holographic polish with a deep red jelly base and a smattering of orange iridescent glitter.

I originally used two coats and was satisfied with that, but the pictures revealed that an extra coat was necessary, so I applied a third coat. Drying time between the coats was average.

Here’s what it looks like taken with flash. Three coats: 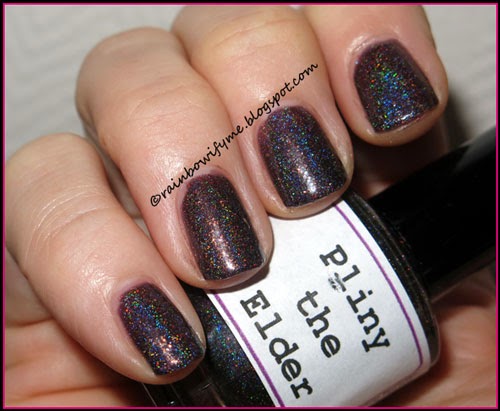 And here’s a low light picture. The base doesn’t look dark red to me no matter how hard I look. It definitely looks purple. 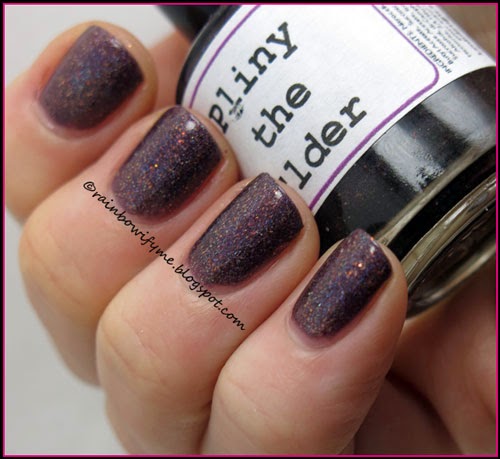 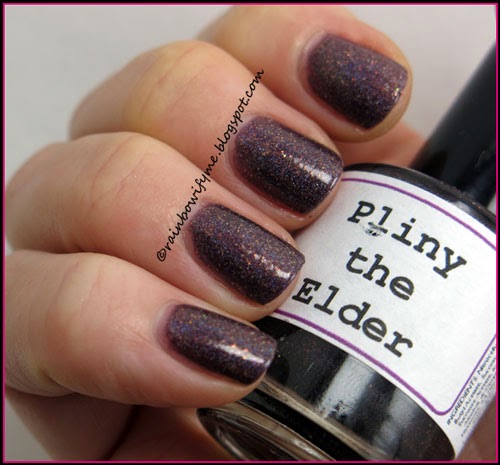 Here’s another flash pic to show off the holo effect. 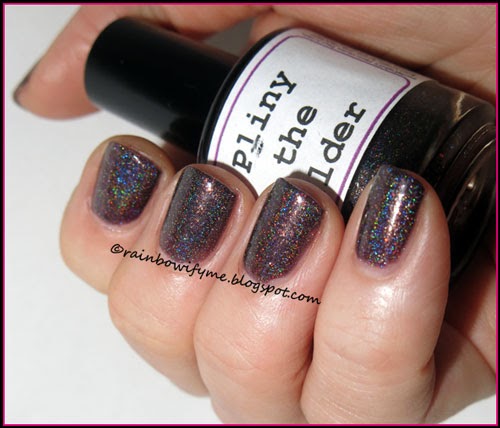 Verdict:
This is not a me-colour. The base colour is too murky for my likings and - also important - It’s not red. I’m sorry Pliny, you’ll be moved on to a more loving home.

The next one up is “The Credible Hulk”. It’s also from "They Say of the Acropolis" Collection and is described as a hulky green based holographic.
The formula is like jellies in general, and this polish is very sheer. After the first coat I asked my boyfriend how many coats he thought it would take. “About a hundred” is what he replied. It didn’t quite take 100, but it took four! And the drying time between the coats wasn’t fantastic either.

I might as well tell you right away: I don’t think it’s Hulk coloured. 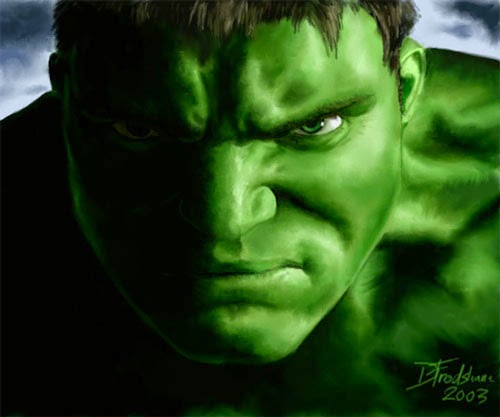 And here is four coats of “The Credible Hulk” taken with flash: 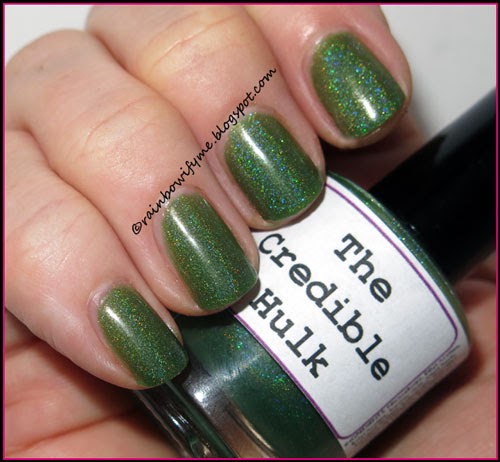 This is not a me-colour either. 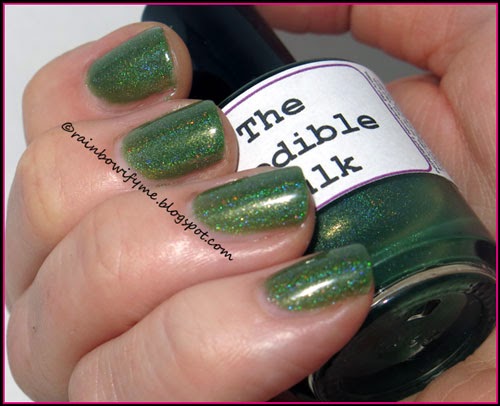 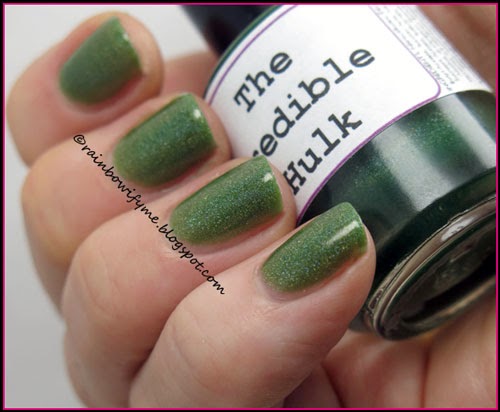 And one last shot: 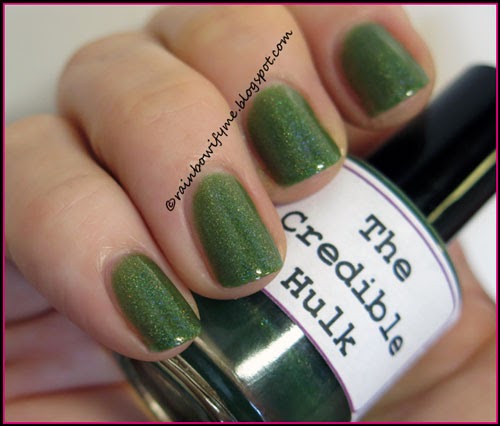 Verdict:
You may already have guessed it. The Credible Hulk and I have got to go our separate ways. Adios, amigo. I am not a fan of the colour and I am not a fan of four coaters in general.
Posted by Rainbowify Me at 6:00 AM