I wish that more drugstore brands would release holographic polishes! I saw last year that Sally Hansen released "Metro Midnight", but it wasn't released in my neighbourhood so I didn't buy it. I was really happy to see it in an online store here and I bought it right away.

The formula is good and I used two coats for full opacity. The drying time is good.

The stamp is from one of my new stamping plates "Nicole Diary-95". I stamped with a stamping polish called "Birth of the Queen".

This is the final result, including a layer of topcoat. 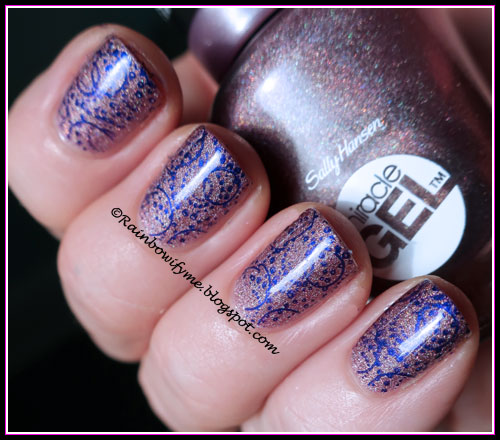 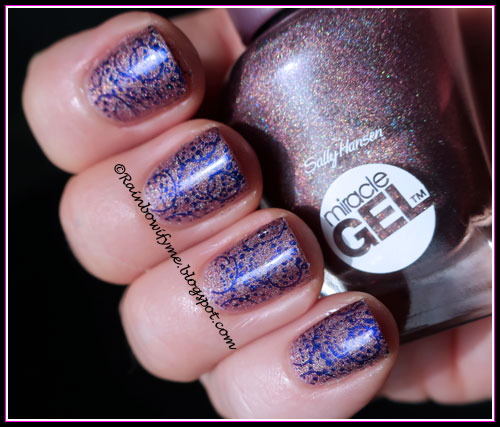 This is "Metro Midnight" alone; two coats and no topcoat.

Here's the stuff I used today. 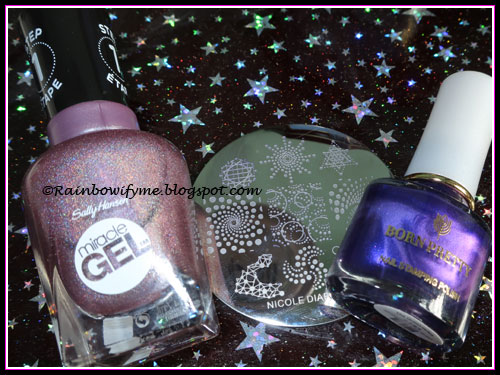 "Metro Midnight" is too pale for me to wear it on its own, but I really like it as a base for nail art.