This is one of the polishes I bought when I was on vacation in London. I bought a lot of polishes there, and this one was actually on my shopping list, so it was one I was looking for.

I love suedes with shimmer – it never fails to amaze me how it’s possible to have a matte shimmer, but it works!

The formula is rather tricky! I had lots of bald spots after the first layer, and if I put the brush down on the same place twice, it would pull the polish right off, grr! The second coat was slightly easier, but not much. I still had to be careful to use as few brushstrokes as possible. I failed on my thumb, and had to give that a third coat to even out irregularities. It dries superfast though, which is a huge plus!

Edit: This polish gets very easy to apply if you use an aqua base coat!

Enough talk! Let’s look at the pictures. Here’s a pic of two coats, no topcoat. Picture in taken in the sun: 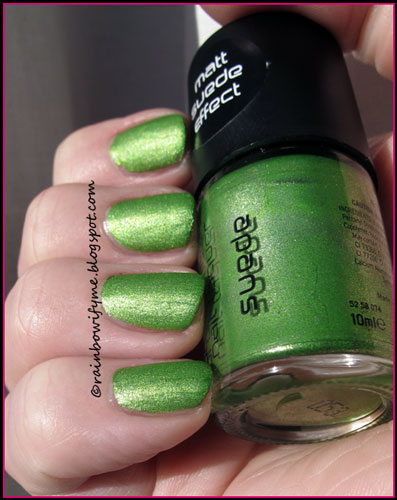 On this next picture you can see the shimmer in the matte, it’s sooo pretty! 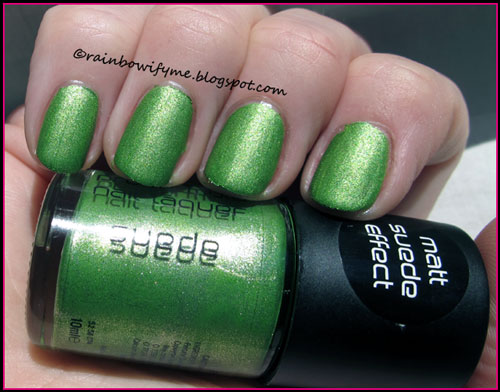 And here’s another shot because I really like how this polish looks on my nails: 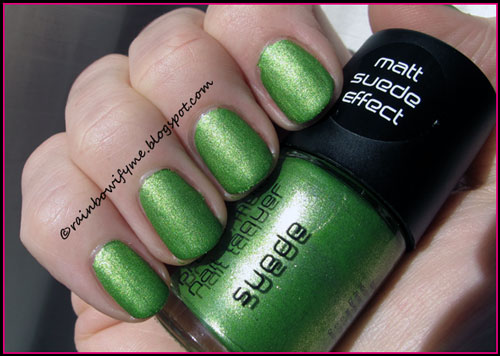 I stamped on it! I used a stamping plate called “H22” which I believe is a Fauxnad plate. I stamped with a no name black stamping polish and I used my XL stamper. There’s one layer of Poshé top coat to really make it shine: 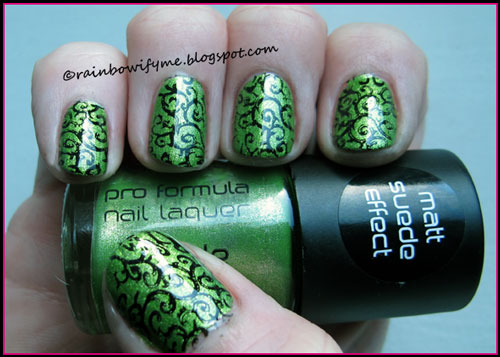 The pictures with the stamped designs are all taken just before the sun went down, so there’s no direct sun on them. 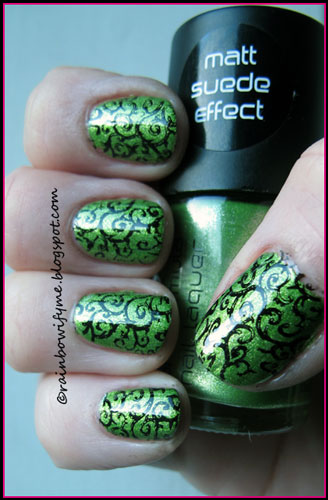 One last picture, because I can :D 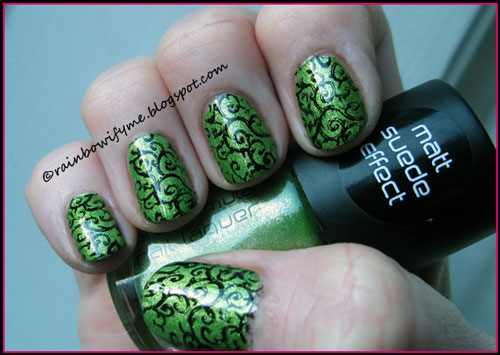 That’s it! Did you like what you saw? Have you heard about Invogue before?